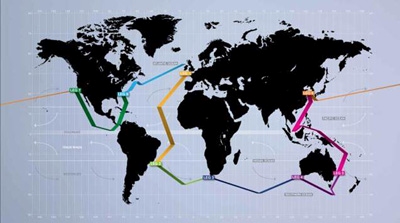 Way back when I first applied for this race, all I knew was that I would be leaving eastern Australia and sailing to Singapore, then after a short break I would sail further – to Qingdao, China. This leg, Leg 5, seemed the most interesting to me. Unlike many sailors, I have never had an urge to cross an ocean.

Leg 7 – the American coast to coast one through the Panama canal also looked interesting. But I could only afford to do one. And I had chosen Leg 5.

During my disastrous Level 0 training, I discovered that Leg 5 really is a leg of contrasts – it starts off hot and tropical in the Australian summer and gets hotter as it goes north across the equator, but turns very cold (snowy) and gets very tough in the part between Singapore and Qingdao. You also have to motor in convoy during part of the leg, partly to avoid pirates in the area and partly because, well, there isn’t any wind.

All the same motoring in the middle of a sailing race didn’t seem right to me. It was also suggested that I might cope better with Leg 7 than Leg 5. The seeds were sown for me to consider a swap from Leg 5 to Leg 7. But it was immaterial. I failed that course.

Five months later, I did swap. It was after passing my Level 1, and I was so elated that all my hard work had paid off. It did cross my mind then to add Leg 7, but in the heat of that moment I couldn’t get my head around the idea.

Then came crew allocation, that weekend in May when we found out our skipper and team-mates. That afternoon I also discovered that there were vacancies on my team for Leg 5. That was it. By the end of that weekend I had decided to add that extra leg.

I still can’t afford it. But that didn’t seem to figure in my decision-making process. I will pay for it, somehow. It’s not just the cost of the extra leg. I was planning to take unpaid leave for 2-3 months. Adding the extra leg means that will be six months. Can’t imagine why, but work don’t want me back in between!

So at this point I knew that I would be leaving eastern Australia, calling at Batam, Indonesia, on to Singapore, Qingdao, then western USA, Panama Canal and finishing in New York. We had been told that we would be calling into Mexico after going through the Panama Canal.

I know a bit more since then. 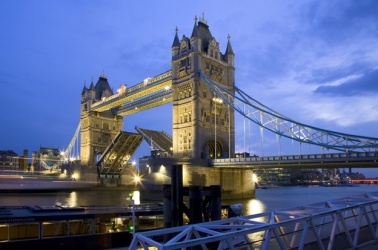 After its start in London, and the subsequent visits to Brest, Rio, Cape Town, Albany, and Sydney, we get to the interesting part.

The delay in Clipper Ventures confirming the next bit was because they’ve entered the entire fleet in the Sydney – Hobart Race. This will be the first time the fleet has taken part in that race. It’s a dream for many sailors. After Hobart the next stop will be Brisbane. That’s where I start.

We will race from Brisbane to Batam, Indonesia where we will have a short stop before hopping across to Singapore for an official reception.

Then to Qingdao, China for the end of my first part in the race.

I get off and the race goes across the Pacific. I have decided not to do this part!

This leg will no longer be visiting Mexico but will instead have a stop-over in Errol Flynn Marina in Port Antonio, Jamaica.

Motoring for part of Leg 5 does not seem so bad when I have another leg to look forward to.

If any of you have any (legal) ideas to raise money that don’t involve selling my soul please leave a comment!