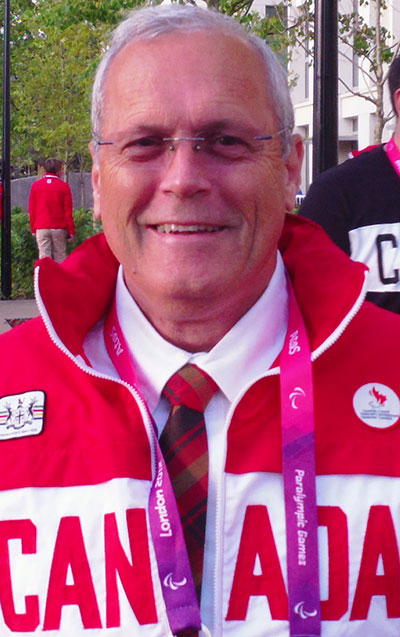 Reg is Dad’s cousin who lives in Toronto, Canada. He was the 2012 Canadian Paralympic Swimming Coach.

Reg first learnt of my dream to take part in the Clipper Race in April 2012 when we met up during his visit to see the facilities for the Paralympics. He was very supportive and told me I would need to be fit!

However, it was during Reg’s visit for the Paralympics themselves that I told him that I had passed my Clipper interview and he immediately offered to help with my fitness training – via email of course! 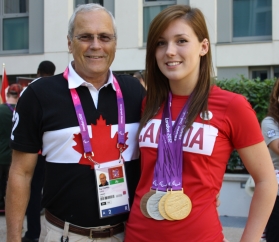 Reg with Summer Mortimer and her medals, at the 2012 Paralympics

As the Canadian Paralympic Coach he was responsible for all of the swimming team, but especially coached World Record holder and World Champion Summer Mortimer. She won four medals (2 Gold, 1 Silver, 1 Bronze), and set new world records for the Women’s 100 metre Backstroke S10 and 50 metre Freestyle S10.

In recognition of the success of his efforts, Reg has received several awards:

However, most recently he has been awarded the Ontario Male Coach of the Year, an achievement he was not expecting as it encompasses all coaches, all sports and all levels.

Read more about my swimming. 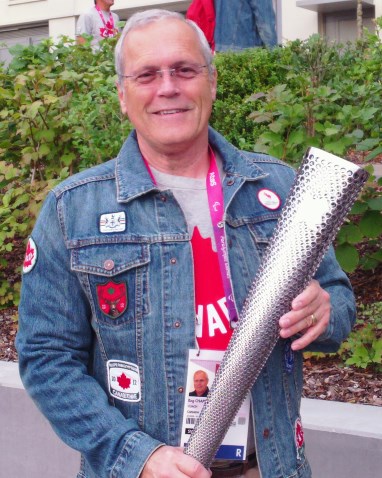 Reg pictured with an Olympic Torch