“You Passed”. Such simple words, but spoken by the skipper as he gave me my feedback at the end of the Level 1 training course I took in February, they meant so much to me. I managed not to give him a hug so tight he would have had trouble breathing. I managed not to burst into tears on him. I don’t know how he would have coped with either of those. But I felt like it.

“You Passed” meant that he and the two mates were unanimously recommending that I be put forward for the next level of the training, and that I could take part in the race itself.

“You Passed” meant that the previous four months of relentless hard work had paid off and had all been worth it.

Having been given the chance to retake the course I was determined to do everything possible to pass it this time.

I knew that I could not have fitted anything more into the available time. I was not mentally prepared for anything other than passing the course. One of the mates had suggested earlier in the week that I behave as if I had already passed the course – after all, he said, I had taken it before and what I had struggled with was my physical ability to do the things asked of me, not the sailing itself.

Still, till that moment I did not know whether it had been enough.

To top it all, the skipper said that had he not been aware of my history – of the stroke and the difficulties I had previously had with my Level 1 – he would not have guessed and would have been unable to tell any physical difference between me and the other attendees. 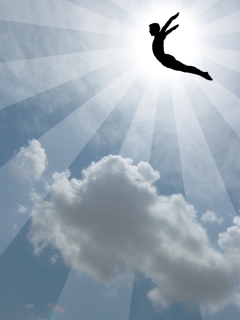 I was on cloud nine for the rest of the deep clean, the crew meal at Hardy’s that evening, the next day when Carol, the Crew Manager, came down to congratulate me, the journey home and a good part of the next few days!

On the way back to the train station I dropped by the office and booked my Level two – for a full three weeks later hoping it might just be a little warmer!

Posted in About Me, Level 1
ANITA SAILS AGAIN