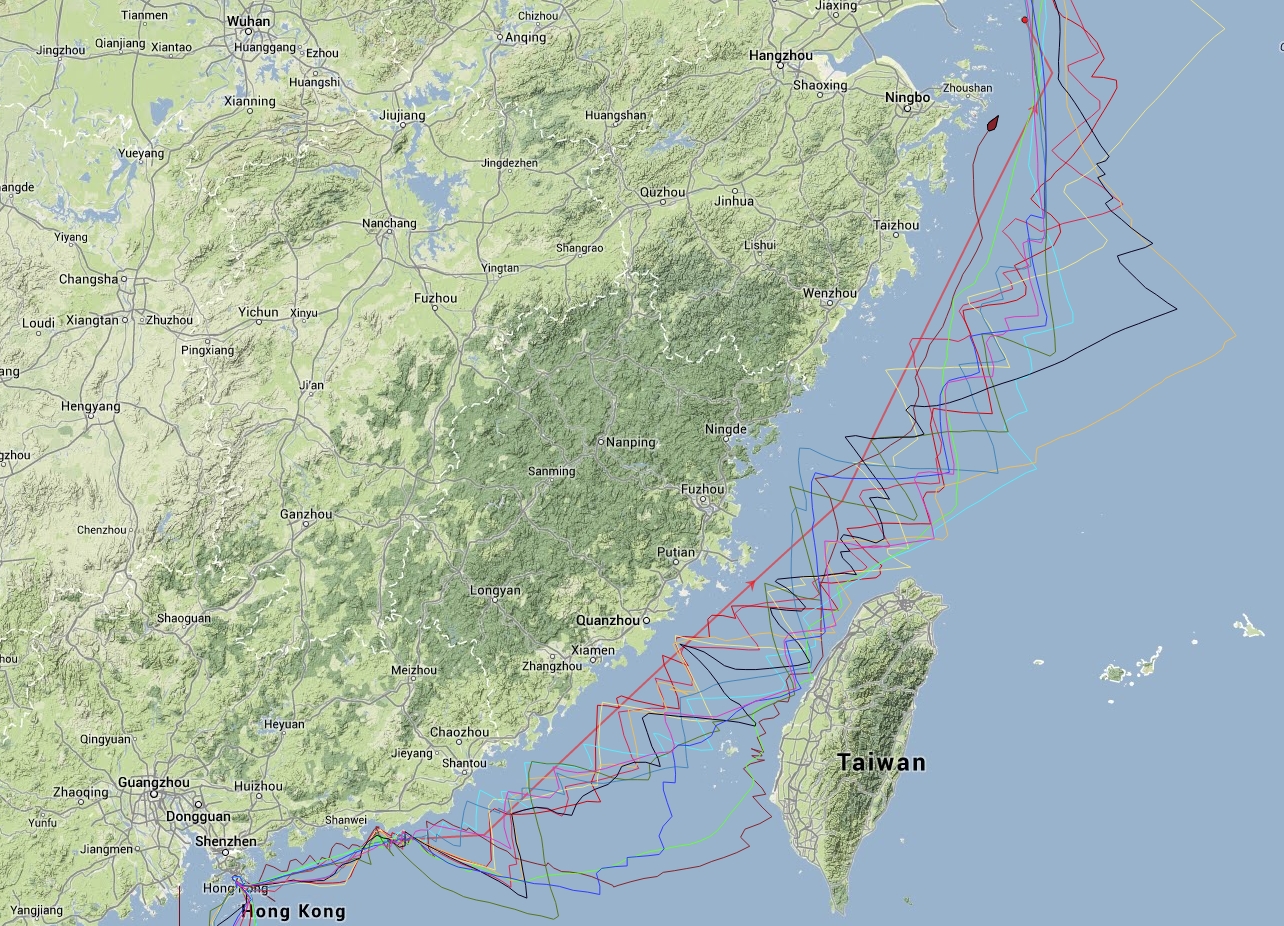 I’m sorry that the title of this post doesn’t reflect the “actual” Race 9 which really turned into Race 9.1 Hong Kong to Shanghai. It became apparent that if the boats continued to race all the way from Hong Kong to Qingdao then the whole race timetable would become untenable. It was therefore decided by the Clipper Race Director to shorten the course and set the new finish line at the Shanghai waypoint. I was relieved to hear that Henri Lloyd was safely in Qingdao by 12 March.

Eric sums up his feelings about the Race.

It is great to be here in Qingdao, it was a long and hard race so to be here and to have made it to the finish line we are very happy. We started in Singapore with a Le Mans start and within a few days we were up at the front of the fleet. After Race 9 was cancelled and we made our way to Hong Kong for modifications we then left there and had strong winds up the whole Strait of Taiwan bashing through 55 knots. It was tough but we persevered, which is the most important thing. To say this race was frustrating is an understatement; we were all disappointed it wasn’t up to our usual standard. We are just now focused on Race 10 and racing across the Pacific Ocean and redeem ourselves after a disappointing race up here. I think our morale has taken a bit of a beating after a tough leg, but we are fighters and we’ve been through tough times before, so we’ll be back.

What Eric doesn’t mention is that Henri Lloyd had some damage to their yankee three sail. More news from Sarah on board. 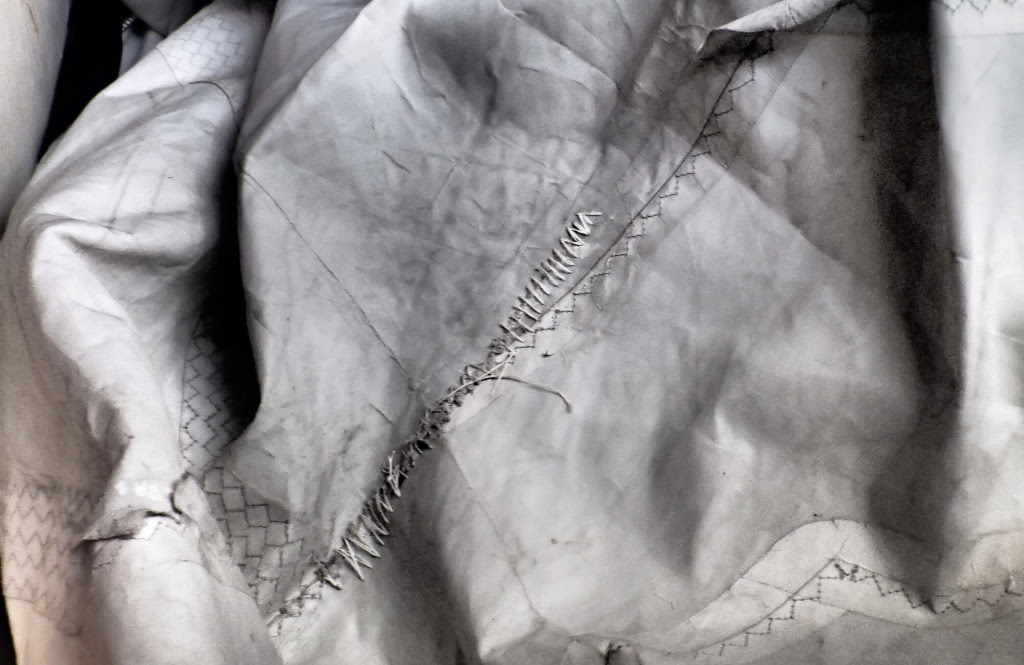 Yankee 3, from Sarah on board

We had seen glimpses of stars through ragged holes in the clouds the night before last – something to celebrate, even though it only lasted 10 minutes. We woke up yesterday to find ourselves on a huge sea of tumbling grey streaked with white, under a vast leaden sky, a world empty of ships, fishing pots, even the kelp that we’d been dodging the day before.
—
Then things started to change – small patches of sun turned the grey to molten silver, and glanced on us, lighting everything up for as much as a minute at a time before moving on. And then the wind started to head us, and sure enough, Eric popped up and suggested the tack we’d all been waiting for – at last we’d be heading roughly towards our destination. But it seems we just aren’t getting any lucky breaks this race. As we tacked, we noticed a hole in the yankee 3 – the clew section was beginning to tear away from the rest of the sail, and trying to tighten the sheet after the tack was clearly making it worse. We turned downwind to take all the pressure off the sail, and dropped it as quickly as we could. And ever since then, two people have been sewing the yankee three continually, through each watch – I make that 20 hours or 40 man hours so far. It’s awkward and backbreaking work, too.
On the plus side, the sun came out in the afternoon, the wind lightened to yankee 2 territory, and there were stars all last night. I didn’t actually see them as I have been sewing through all my watches. It’s cold, but sunshine, however hazy, definitely helps.

However, Henri Lloyd wasn’t delayed by the damage to the Yankee 3 as the winds lightened shortly afterwards which allowed them to put up the bigger Yankee 2. Mending it just added to the jobs that they needed to do.

It certainly sounds like a tough voyage but I feel that this will make the crew tougher and more determined. From a personal point of view, I was beginning to be worried whether Anita would be in Beijing in time for her booked flight for the rest of her planned “holiday”.

The observant among you will have noticed by now that I haven’t actually mentioned “the result”! Henri Lloyd came 9th which gave them 4 points and One DLL came 3rd giving them 10 points. My calculations therefore assumed that the overall leader would be One DLL with 91 points against Henri Lloyd with 83.9.

Clipper then posted the confirmed results and these included the penalty points that had been added (or rather subtracted!). One DLL is still in front with 83 points with Henri Lloyd a VERY close second with 82.9 – a mere 0.1 points difference!!…. Well done Henri Lloyd after a very hard race.

Don’t forget, there are 7 races still to come and Anita will be on 3 of them!!