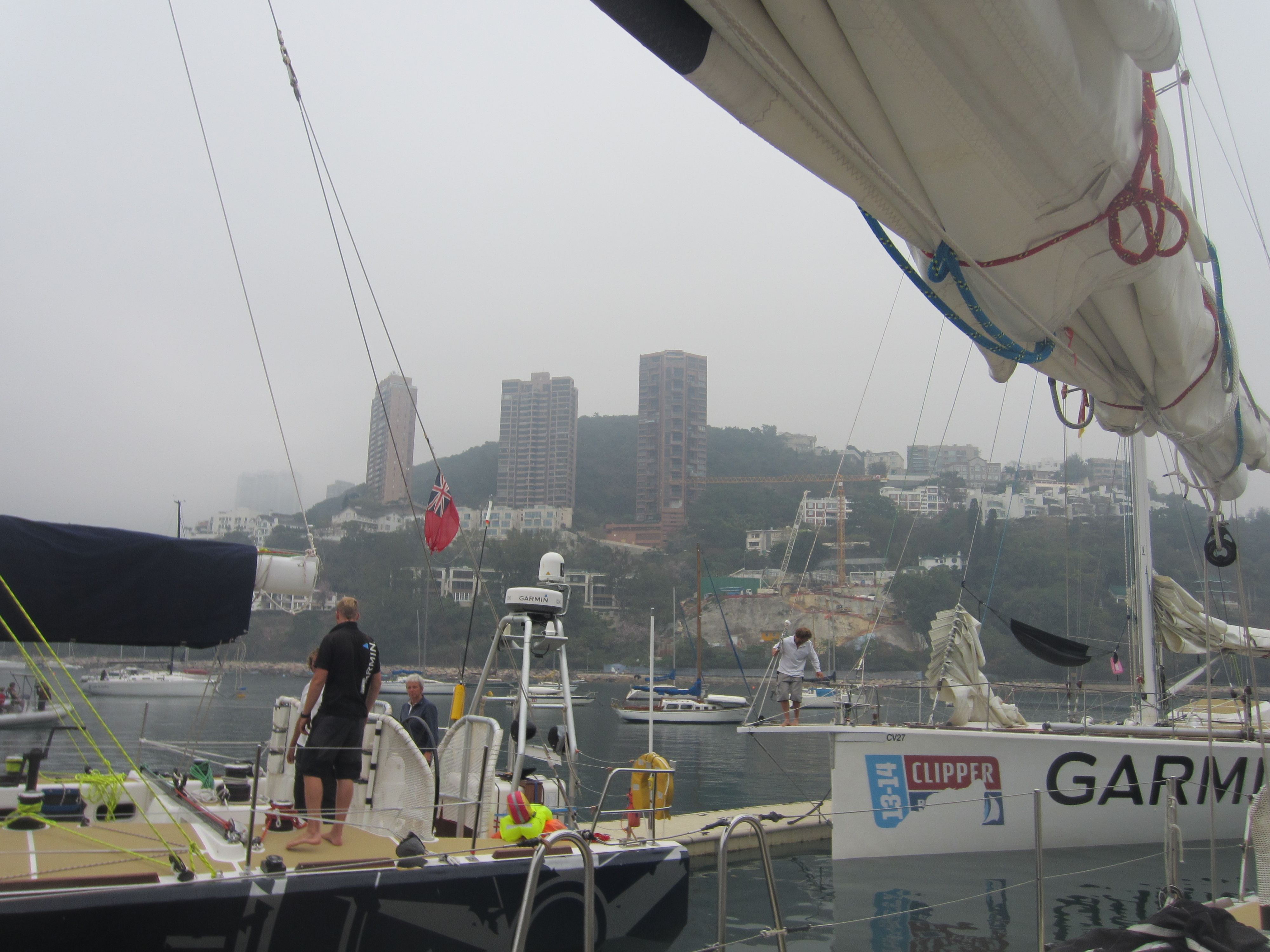 We arrived in the dark. As Eric hoped, it was too late for the repair be done that day, and the refuelling station was closed.

As we were securing our mooring lines, Invest Africa were running their engines prior to casting theirs off. I did manage to share a couple of minutes with Peter, and then got ribbed for the entire evening that I was disappointed not to have spent longer with him. In fact the time I did have was all I needed. I’m sure he got ribbed for deserting his boat as they were about to leave.

In the end, we had to go through Customs, so we were allowed off the boat. First things first, find some clothes that we had not been sailing in and make ourselves presentable enough for a quite formal bar. What are shoes? Long trousers? T-shirt? And more important, where are they? They were found, and donned, along with some use of wet wipes and deodorant, in time for us to catch a couple of beers at the bar.

Other crews were about, notably GB, who were to leave that evening. They were just as frustrated as we were about the cancellation of the previous race.

After a night’s sleep alongside, during which I remember adjusting my bunk as we were heeled over – we had either gone aground as the tide went out, or the pontoon to which we were tied had not moved with us – I enjoyed a particularly long shower in their changing rooms. It was to be the last before Qingdao so I made the most of it. Then there was just enough time for a cooked breakfast ashore before we went to Aberdeen Yacht Club refuelling station. 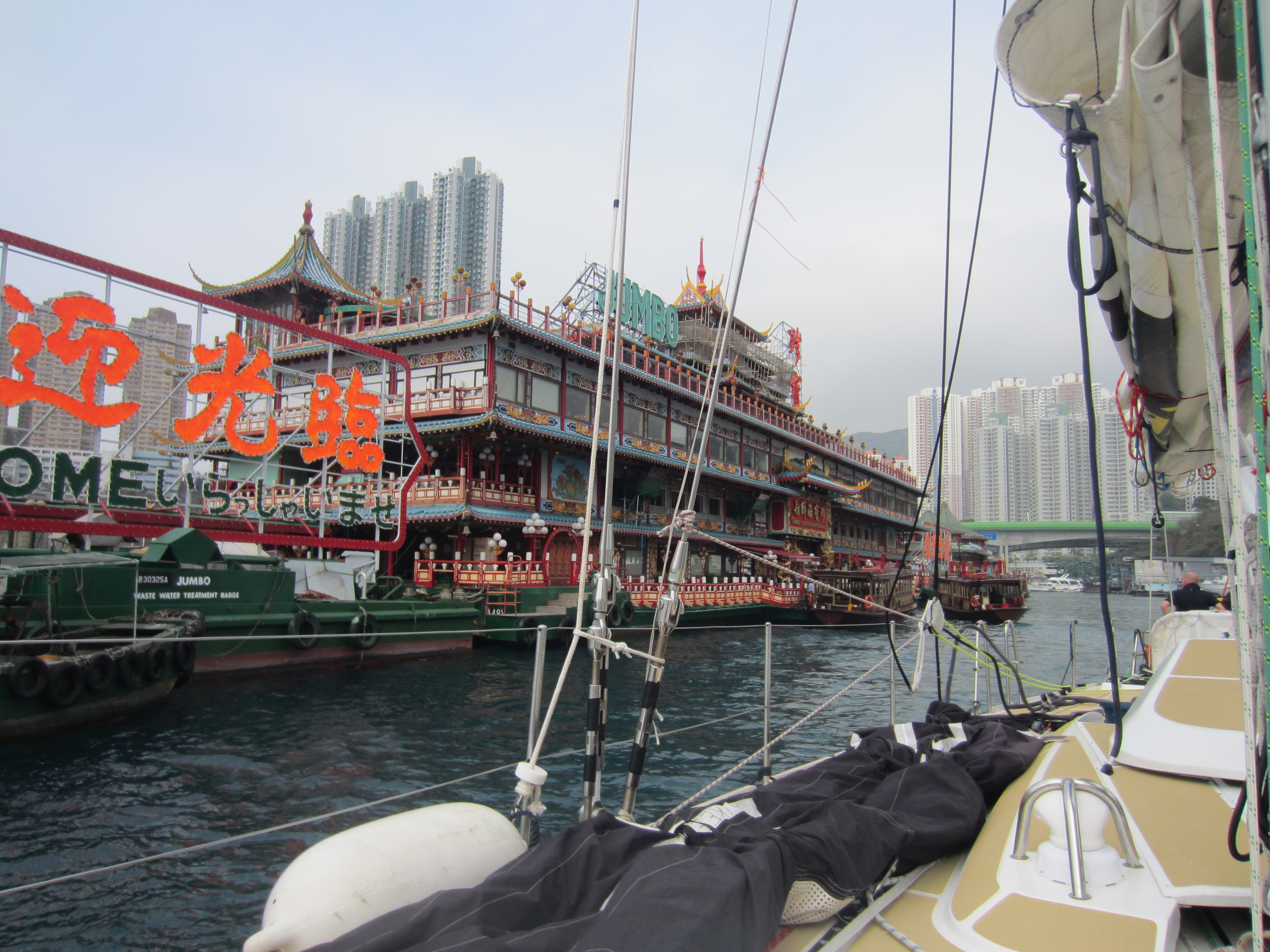 That was an adventure in itself. A myriad of boats, both large and small, navigating through gaps you wouldn’t believe they would fit through. KC waved at me from Jumbo, a huge floating Chinese restaurant. KC is a Singaporean with whom I had spent a week training, and as far as I knew had already left for Qingdao on Mission.

Then a quick visit back to the Yacht Club to pick up our passports and a crew member we had left behind, and that was it.

I still can’t say I have really been to Hong Kong, only to the Royal Hong Kong Yacht Club on Middle Island!