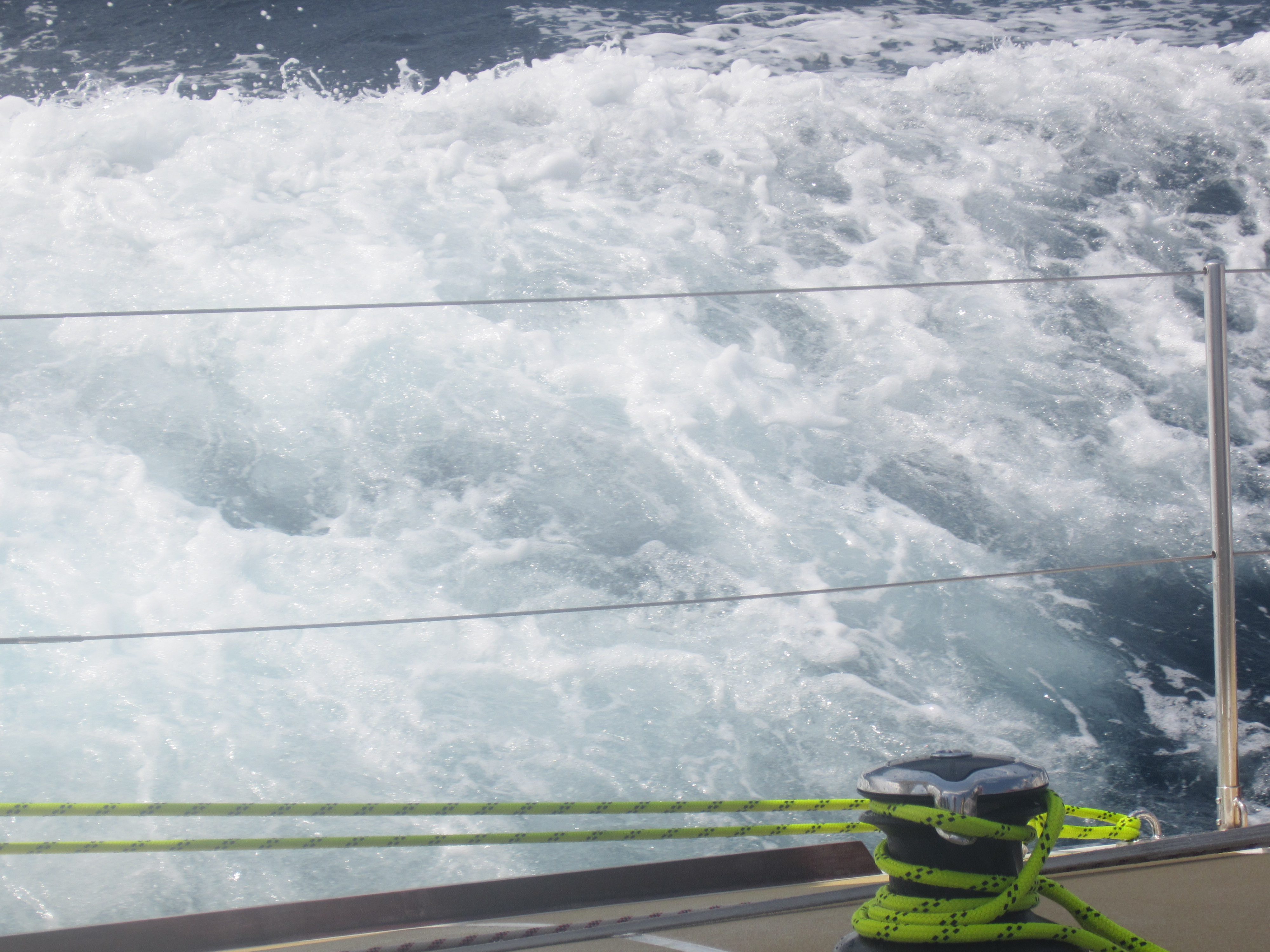 Well, Eric and the watch leaders were looking more relaxed, until the day when Eric appeared on deck looking sombre, closely followed by the off watch. Something was up.

“Race 9 to Qingdao is cancelled immediately. We are to make best speed under engine to Hong Kong, where our rig will be repaired.” Eric said this, or words to that effect, deadpan, disguising his feelings.

We were gutted. Absolutely gutted. Yes, even me. I’d said before leaving Singapore that for this bit I didn’t care much about the racing, only that we all arrived in Qingdao safely. But I was. All the hard work of the last few days was to count for nothing, as the race would be restarted in Hong Kong. In the meantime we had to do yet more motoring.

To add to it, there was nothing wrong with our rig. Three of the fleet however had reported problems with the bottlescrew at the bottom of the forestay. They had had to retire from the race. There was cracking in the deck where this bottlescrew joined in to the deck. Putting safety first, as of course they should, Clipper decided to replace this part of the rigging with a Dyneema lashing, at the soonest possible opportunity. That was in Hong Kong.

Once over the initial shock of the race cancellation, there was speculation that a couple of days’ stopover in Hong Kong might not be such a bad thing. After all, it was a place many of us had never been to and were not expecting to visit on this trip (I include myself in this, I don’t count two hours spent in its airport as having visited it).

No such luck. It was to be a visit with minimal turnaround time – just long enough to effect the repair and refuel. We weren’t even to be allowed off the boats – really, this time.