The first part of race 8, Race 8A, seemed interminable. With unseasonal weather, we had spent a large part of the Race sailing upwind, as the wind was coming from where we needed to go, instead of neatly sailing downwind using the northwest easterly trade winds that didn’t come. Either that or drifting around hoping for some wind that would stop us from sailing backwards! These times were mentally testing, whereas sailing upwind is physically so. When it seemed like we would never reach Singapore, Clipper shortened the race course by 200 miles.

Crossing that finish line a few seconds in front of second-placed GB happened in the middle of the night and was immediately followed by the start of the cruising phase. This was a more relaxed time of motorsailing through an area of light winds. The watch system was changed so that we had more sleep and there were periods during the day for learning and activities such as maintenance or swimming. In fact we only got to swim the once, in company with the crews of GB and Qingdao. There was much discussion during this time about whether there would actually be a Race 8B, the majority of us hoping that there would not be, and some hoping that there would.

One evening, when we were just off Borneo eating dinner, our skipper Eric said, with characteristic understatement, “Damn you, Justin (Race Director) for stressing me out, but there won’t be a Race 8B. We won.” And that was it. A half-hearted cheer and we all went back to our food.

All through the cruising phase, the skippers had each been acutely aware that we did not have enough fuel to reach its end. We had tried to see if we could save fuel by one boat towing another – we couldn’t. We had actually been sailing when there had been enough wind. Now with the news that we were to continue motorsailing to Singapore, we were also told to refuel in Kota Kinabalu, Borneo.

However this was delayed, as the refuelling station could only cope with the three boats that arrived first in the remaining daylight hours so we watched them sail off into the sunset. 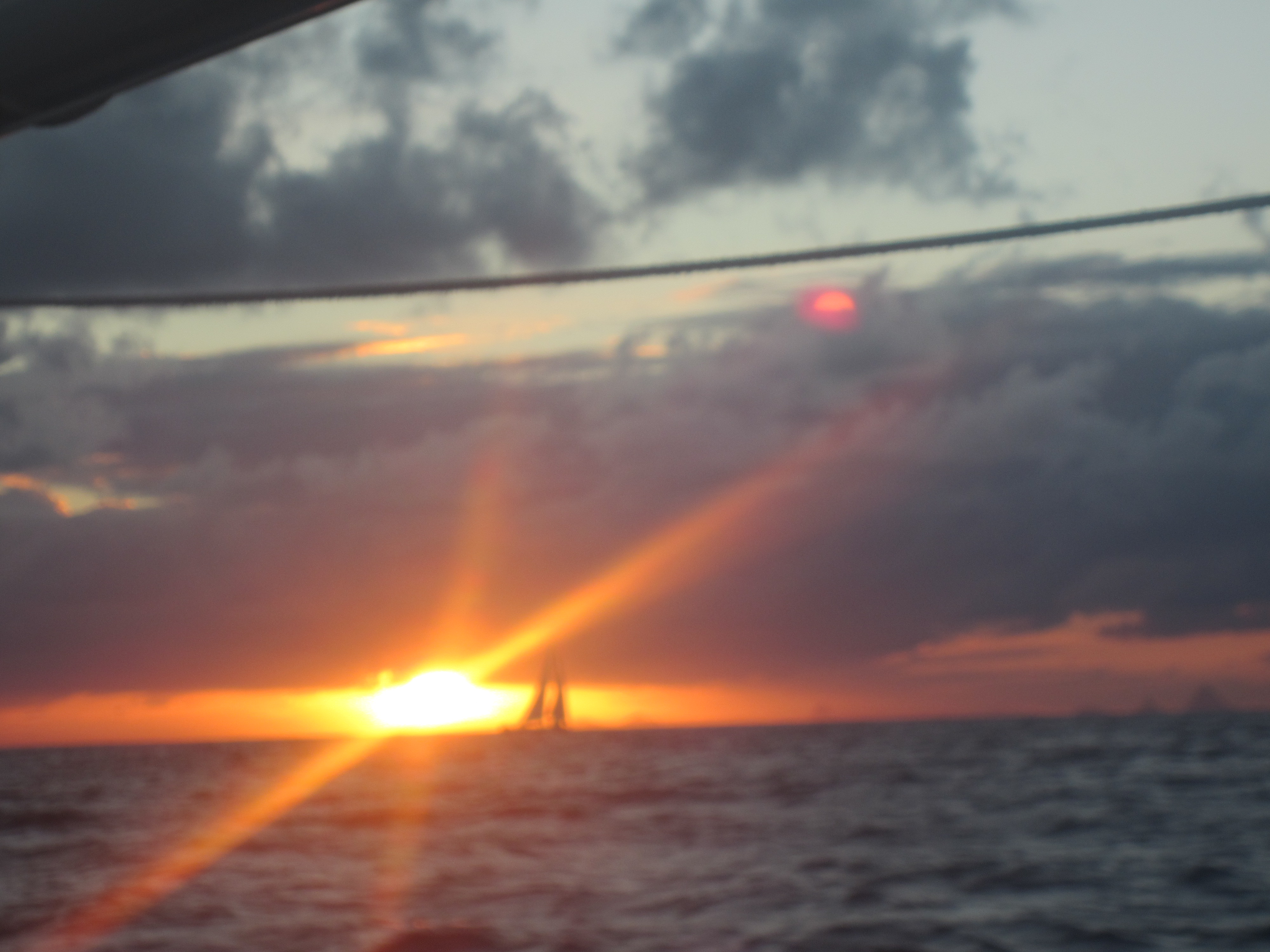 GB, sailing into the sunset

We and Switzerland rafted up alongside Qingdao – at least we did until Qingdao started to drag anchor with the weight of three boats. 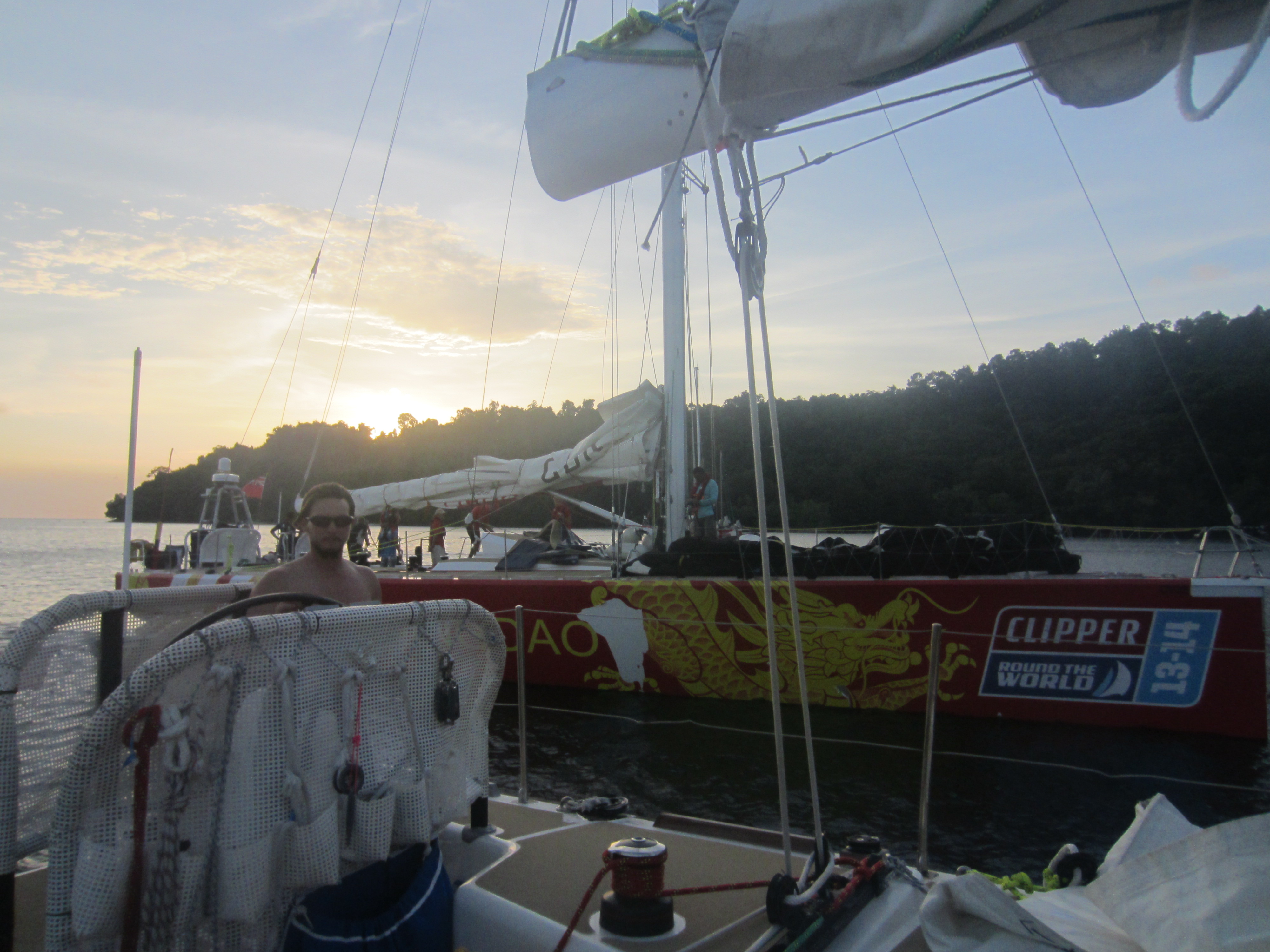 Nearing Qingdao, to raft up with them