The day after the pirate escapade, we were still determined to race. The finish line of Race 8A was now finally within our sights and we had decent wind that, for once, was not coming from where we needed to go. In the morning the distant sail of GB was spotted to our north on our starboard side. During the day it got bigger as our courses converged and they tried to draw ahead. They failed, and passed behind us to try some other tactic in the early evening.

We had a spinnaker up all day, and with so much at stake I was happy not to be trimming or helming. I just ground when told to grind, and eased when told to ease, and at other times was used as ballast, moving to wherever my weight would best influence the boat speed. It became clear in the afternoon that the usual pattern of alternating between being on watch and sleeping was not going to happen. None of us were sleeping till this thing was finished. 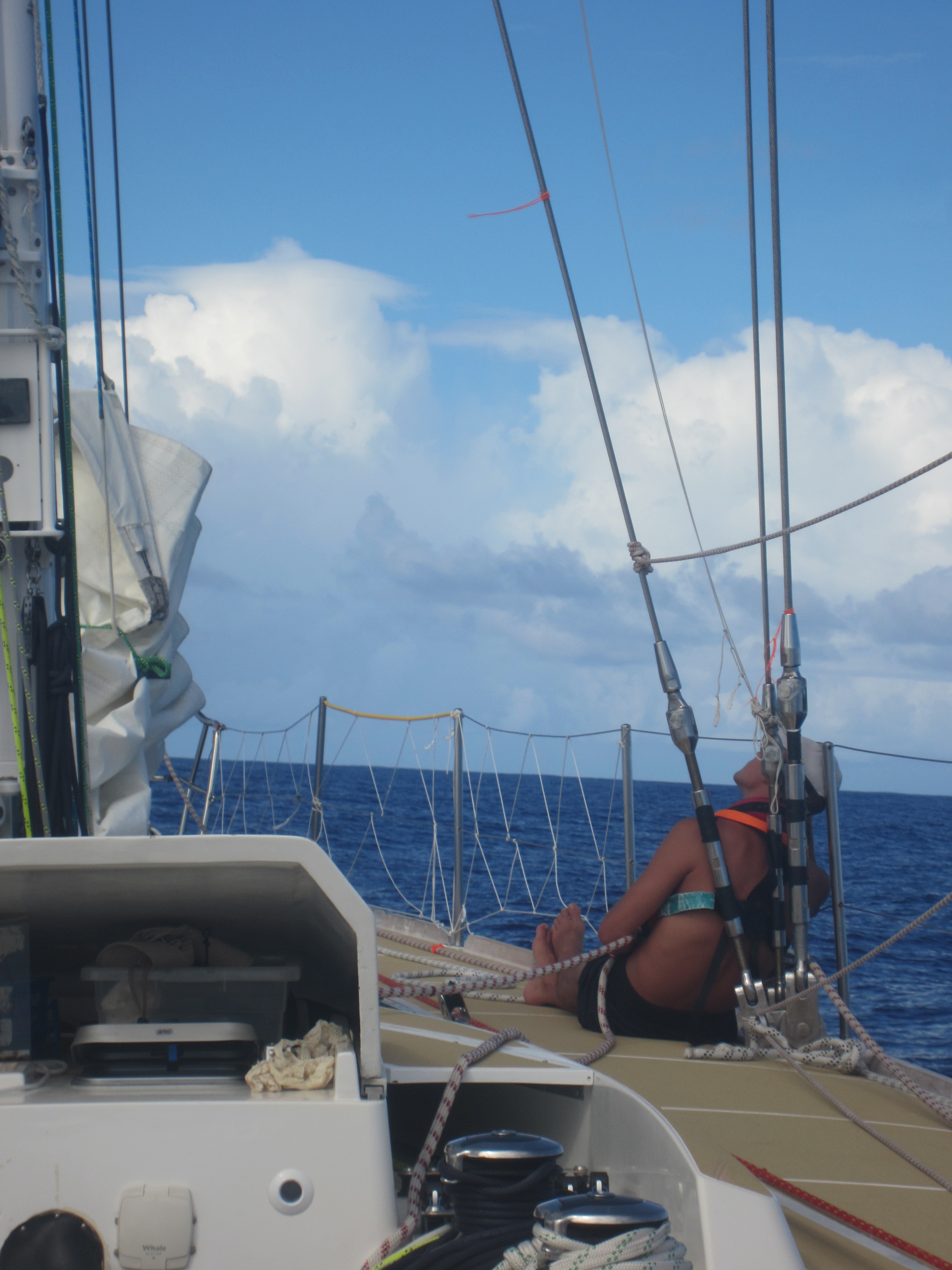 Also in the afternoon we spied the sail of Qingdao to our north. They needed to work even further south than GB had needed to. There were also the boats to our south, that had formed a leading group for so long, Derry, OneDLL and Old Pulteney, making their way to the north. After thousands of miles of racing, half the fleet was converging and so close.

GB’s new tactic was to try to force our course so that we were outside the co-ordinates of the finish line when we crossed it. As it was, had it been a real mark in the sea, we would have hit it. The wind angle was not great for the spinnaker we had up, but we would have lost too much ground if we’d changed the sail. So, with the skipper at the helm and our best trimmers doing their thing, we edged along, making it work and keeping the sail full.

I sat on the edge of the boat, we call it the rail, or on the bow, or on the leeward side as directed, and idly wondered whether the people in the houses on the island we were passing had any idea what a nail-biting finish was unfolding in the dark just outside their windows. Sarah was wishing for a giant squid to swallow GB up, and mention was made of the possibility of dropping overboard the blue fishing line we had caught earlier in the race. Don’t worry though, the fishing line is still on board, and we believe all on GB to be safe and well, at least they are if their skipper Simon’s constant VHF radio transmissions are evidence.

So, by fair means only, we held them off, and crossed the finish line 35s ahead of anyone else.