Andy – this explains why we were going the wrong way.

I was just on the way to fetch mine, as I was due to come on watch for an evening watch. The pirate shirt is our long-sleeved dark blue Ocean Crusaders shirt that each crew member has. It was nicknamed as such when Eric ran us through what we were supposed to do when approached by a potential pirate vessel. The first thing to do is muster on deck wearing the pirate shirt, giving a show of force, rather than being a random group of people wearing bikinis, bra tops and board shorts or any combination thereof!

So to be told to wear it was a little daunting, especially as the next words echoed, “This is not a drill.” On deck, we could see that we were indeed being approached by a vessel, and were told that it had altered course towards us shortly after it had appeared on the horizon 20 minutes earlier. It looked a bit smart for our idea of a pirate vessel, but you never know.  Whatever, it was ignoring all attempts to raise it on the VHF radio, always assuming that it had a VHF radio set in the first place and also that they understood English.

We felt vulnerable, sailing as slow as we were in the light winds, and the engine was started, then engaged. We motored away from them, took down all the sails, turned out all the lights and waited. They turned towards us at first, then seemed to stay near the position we had motored from. 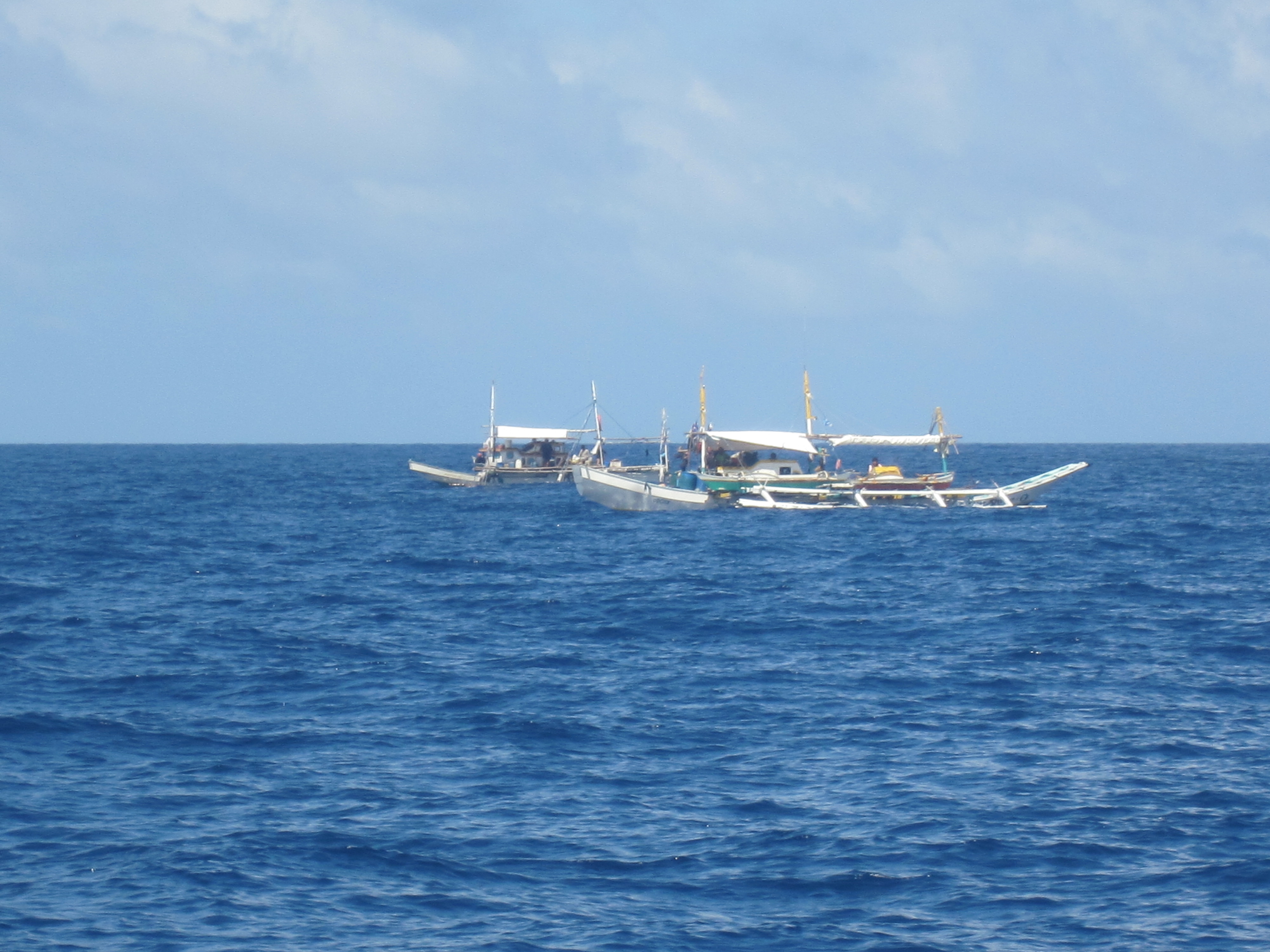 There was a certain tension on deck, and it was incredibly frustrating. Since Eric had asked for the 6-hourly boat positions to be analysed differently earlier in the day, we had discovered that we were actually in 3rd position to the finish line for Race 8A, and the two boats that were ahead of us, GB and Qingdao were not unassailably far ahead. So with the first race finish about a day ahead, all we wanted to do was race. And here we were, motoring and playing hide and seek.

Eventually it was deemed safe to motor back to the exact position we were at when we engaged the engine. Once there we resumed racing. The whole escapade took a little over 3 hours. We did not know whether it would cost us the race.