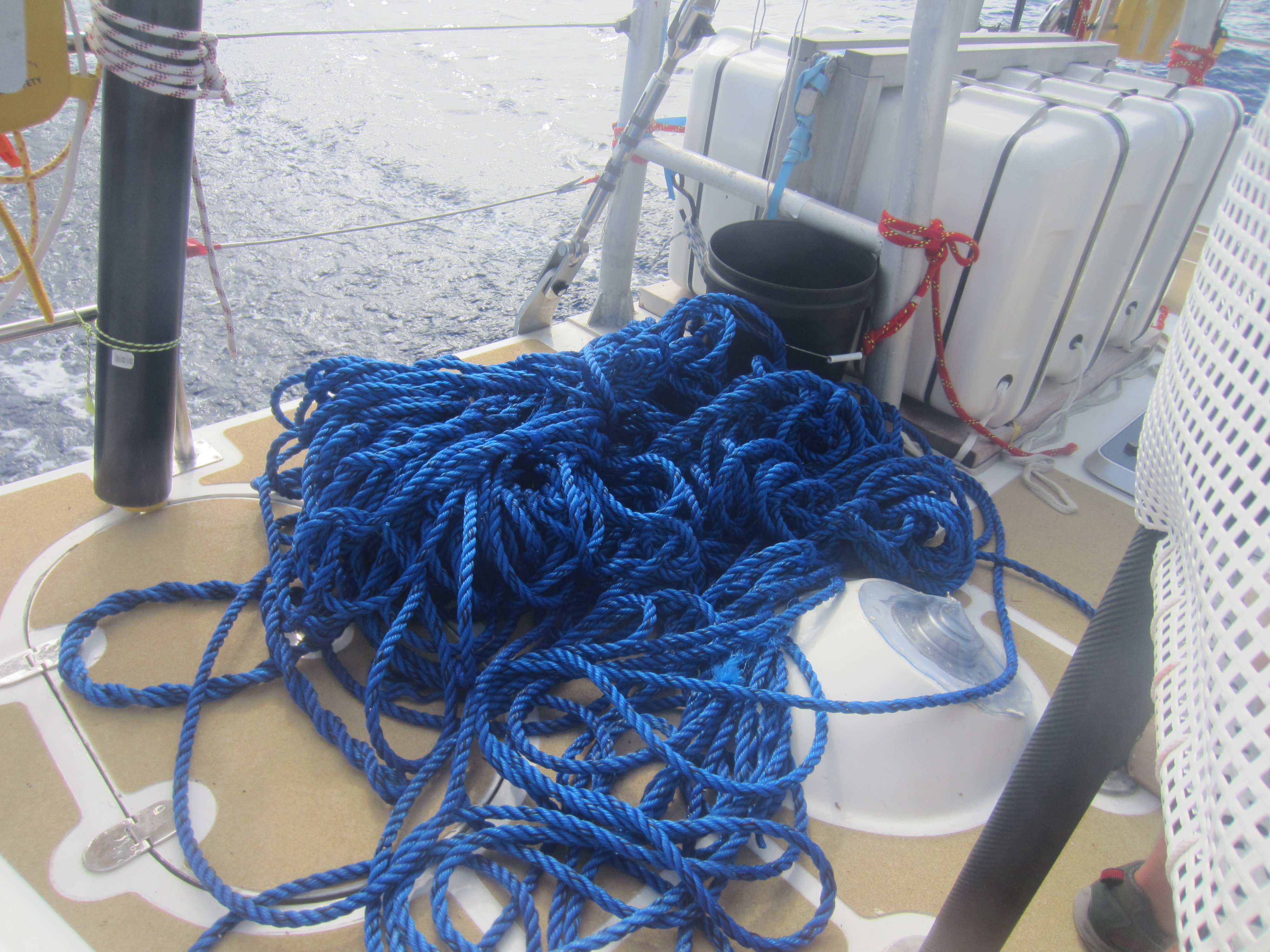 The line we caught

I was at the helm. It was one of my first attempts at helming with a spinnaker up and I was starting to get the hang of it. When at the helm, you’re supposed to concentrate on that to the exclusion of all else. But it was hard to concentrate when suddenly there was a rippling off the port beam. “What’s that?” I heard the words then realised I had shouted them. Dolphins? Flying fish? Birds? No, it was resolving itself into straight lines. We had caught a polypropylene fishing line that had been floating just beneath the surface.

Great. The skipper came up and took charge. We launched the watch-leader, Morgen, on a halyard from the bow and he cut it free from there. We could see that the line was caught at the stern. We launched Morgen again, from the stern this time, to see what was going on. He saw that it was caught around the starboard keel. The boat speed dropped from about 10 knots to 4 knots and I’m sure it was nothing to do with my helming!

Morgen thought he was going to have to dive to cut it free so I was despatched to find my swimming goggles. I knew I’d brought them for a reason! In the end, much to Morgen’s disappointment, once we had hove-to, the rope that was being dragged under the surface floated and could be cut loose. I say that, but rather we retrieved it on board so that it does not present a danger to other vessels.