Well, it must have been eventful. I was fast asleep.

We had finished our watch at 8pm sailing close-hauled under our biggest Yankee sail, the staysail and mainsail and a good wind. After four hour’s sleep we arrived on deck again ready for our next stint.

I was given a halyard (a rope that is used to haul the sails up and down) and told to be ready to ease it. Ok.

What sail?  The Windseeker. The what? As far as I can make out, the windseeker is a cross between a Yankee and a spinnaker but more like a spinnaker. Apparently it is also known as a Code Zero and can be flown when there is no wind. I have never played with it.

So at some point during my sleep, the wind had died,  the windseeker had been brought on deck, they had hoisted it, brought down the Yankee, sailed with the windseeker, found some wind, hoisted the Yankee again and were just about to take the windseeker down. That’s the halyard I was given.

So I eased the halyard, the sail got posted through the space between the mainsail and the boom in what is known as a letterbox drop and arrived below decks where the other watch put it away before they could go to bed.

We carried on sailing with Yankee, staysail and mainsail in a good wind as if nothing had happened. 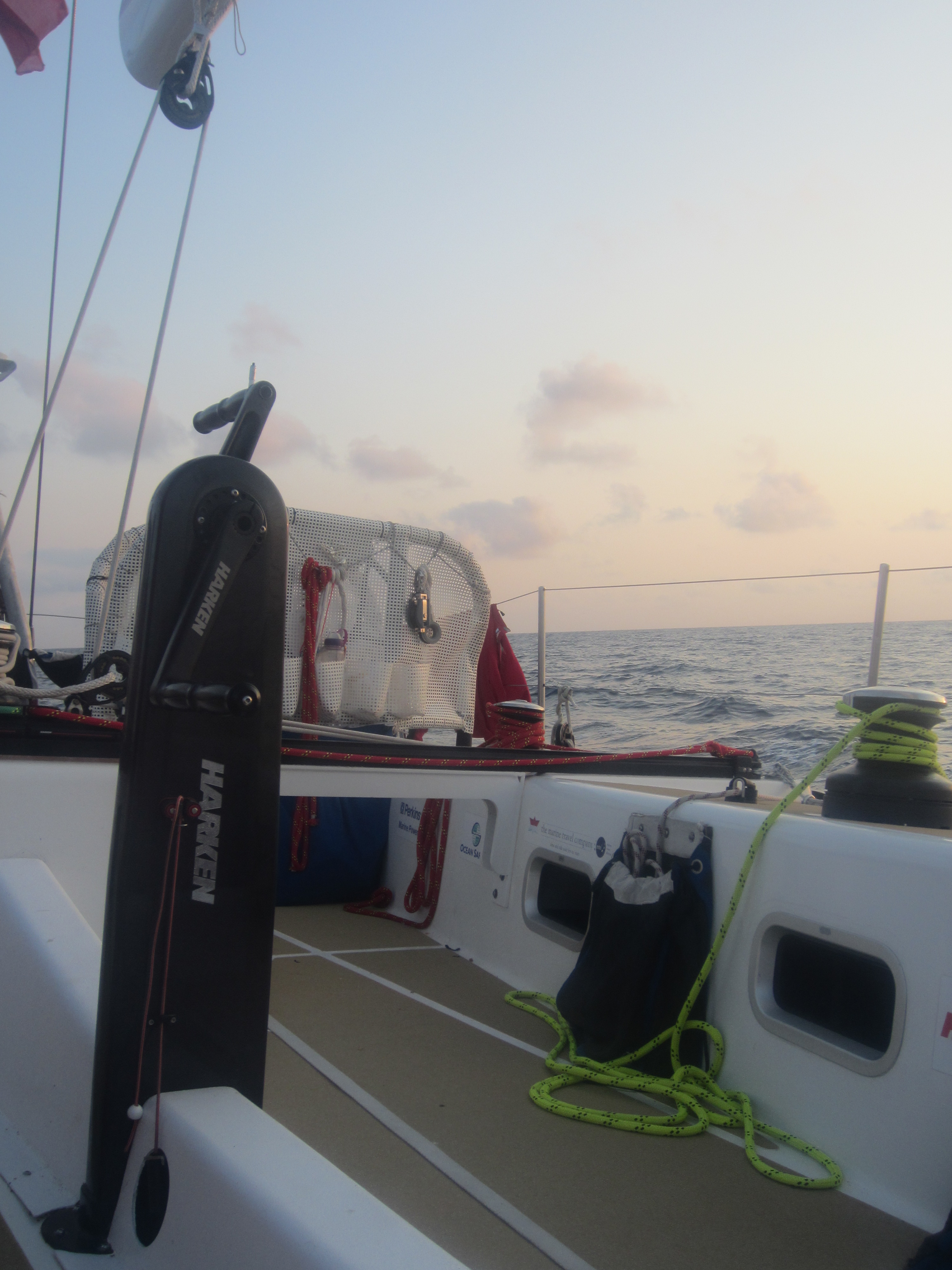 A coffee grinder winch, used a lot in the eventful watch