Crew changeover – this is the day when I legally became a crew member of Henri Lloyd. I had been wondering how to get all my kit down to the Rivergate Marina as it was rather a long way from the centre of Brisbane. Dave sorted that – he had hired a car and offered me a lift. I just had to be back at the hotel at the appointed time. After a very pleasant breakfast meeting with a cousin who had emigrated to Brisbane the year I was born, and some time getting internet access I returned to the hotel and Dave arrived. We had another crew member to collect and found the inevitable queue waiting for us. We were told that there would be a meeting that all of us new crew had to attend, at 6pm.  The trouble was, that coincided with the expected arrival time of Henri Lloyd. As it was they arrived just before 6 meaning we didn’t even have time to greet them properly before being dragged away to our meeting. 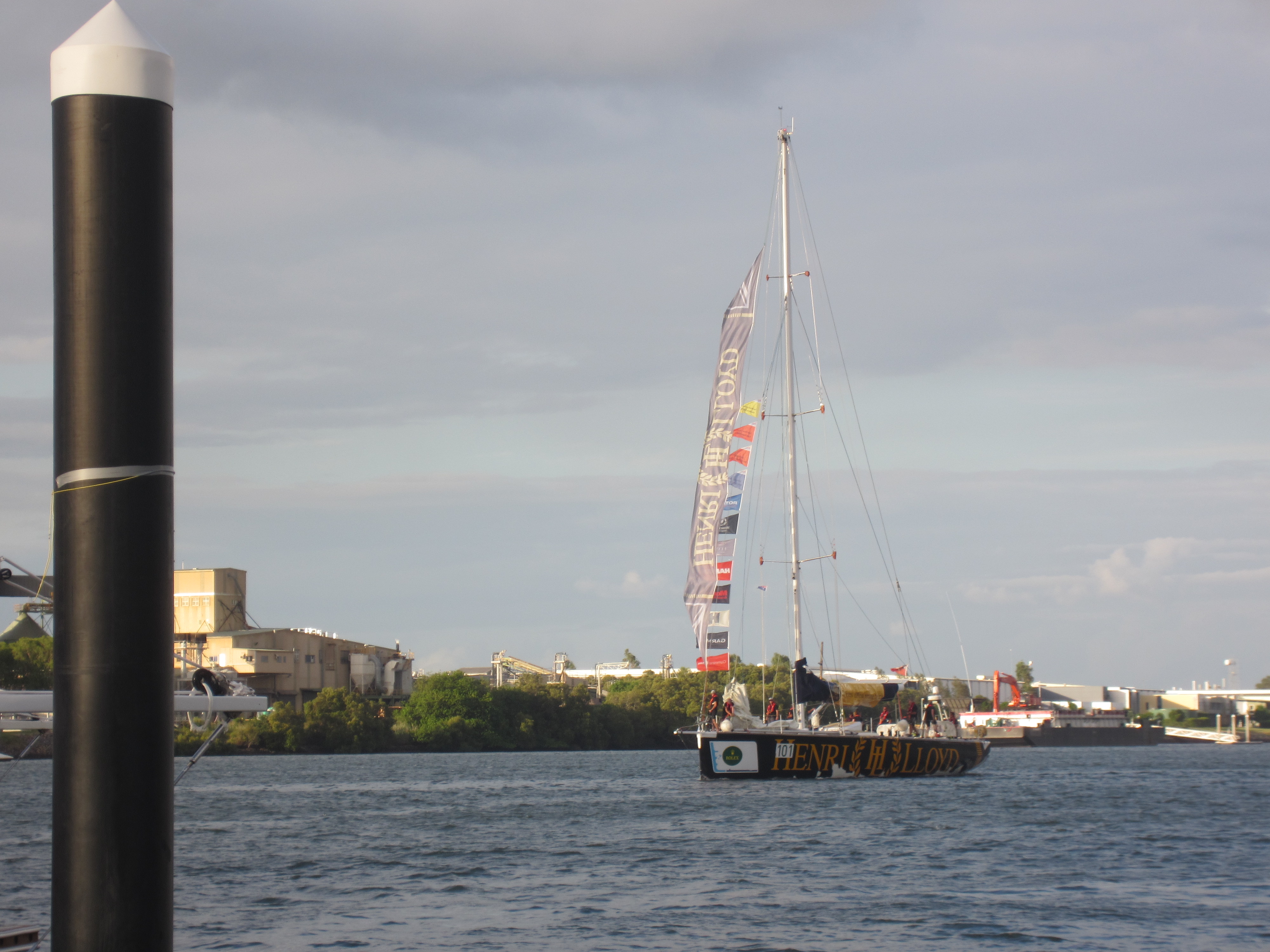 As they are usually one of the first to arrive at a stopover they were unprepared for the welcome they received, as the last vessel to arrive. In this race they weren’t racing, and had treated it as a training sail.  Eric was calling it a delivery sail!
It also meant that the first job the next day was to be treated to participation in the deep clean of a boat on which I had not even sailed. Oh joy! But necessary. There were only two days to prepare the boat for a month-long stint at sea. Not long, but we’re ready.

The deep clean was followed by a Race 8 briefing and the prize-giving. It would have been good to hear all of the talk, but that would have depended on all attendees to have had the courtesy to stop talking.

The next day was a maintenance day, which had me doing some whipping, and replacing a damaged guardrail among other things.

Now it is the last night before the race and we have had our third pizza meal in three days. There really is nothing remotely close apart from a cafe we found that opens only on weekdays, at 5am and closes pretty early. So we’re lucky to have found a pizza company that will deliver to the marina.

Tomorrow is the start of Race 8. I am feeling strangely calm but excited. And tired. Being as the reason for that is that it’s nearly 1am and we have to report for the race start at 7am, I’m off to bed.