The day of the race start itself was one of mixed emotions for me. Mum’s post describes it chronologically. What she doesn’t say is that she and others kept finding me in tears.

It just felt so wrong when they were in the lock almost within touching distance and I was on the land side of the lock, waving them off.

These were people I’d trained and spent most of the previous month with, and here they were departing. I know my time will come!

Once out of the lock and on the river, four of the boats led by GREAT Britain passed through Tower Bridge and went upstream to parade around a bit. By now we had found the correct spectator boat – our tickets weren’t valid on the VIP one – queued to get on it, found seats on the upper deck, and had hot dogs all round for lunch. I don’t know why we had seats, most of the time was spent standing up taking photos! 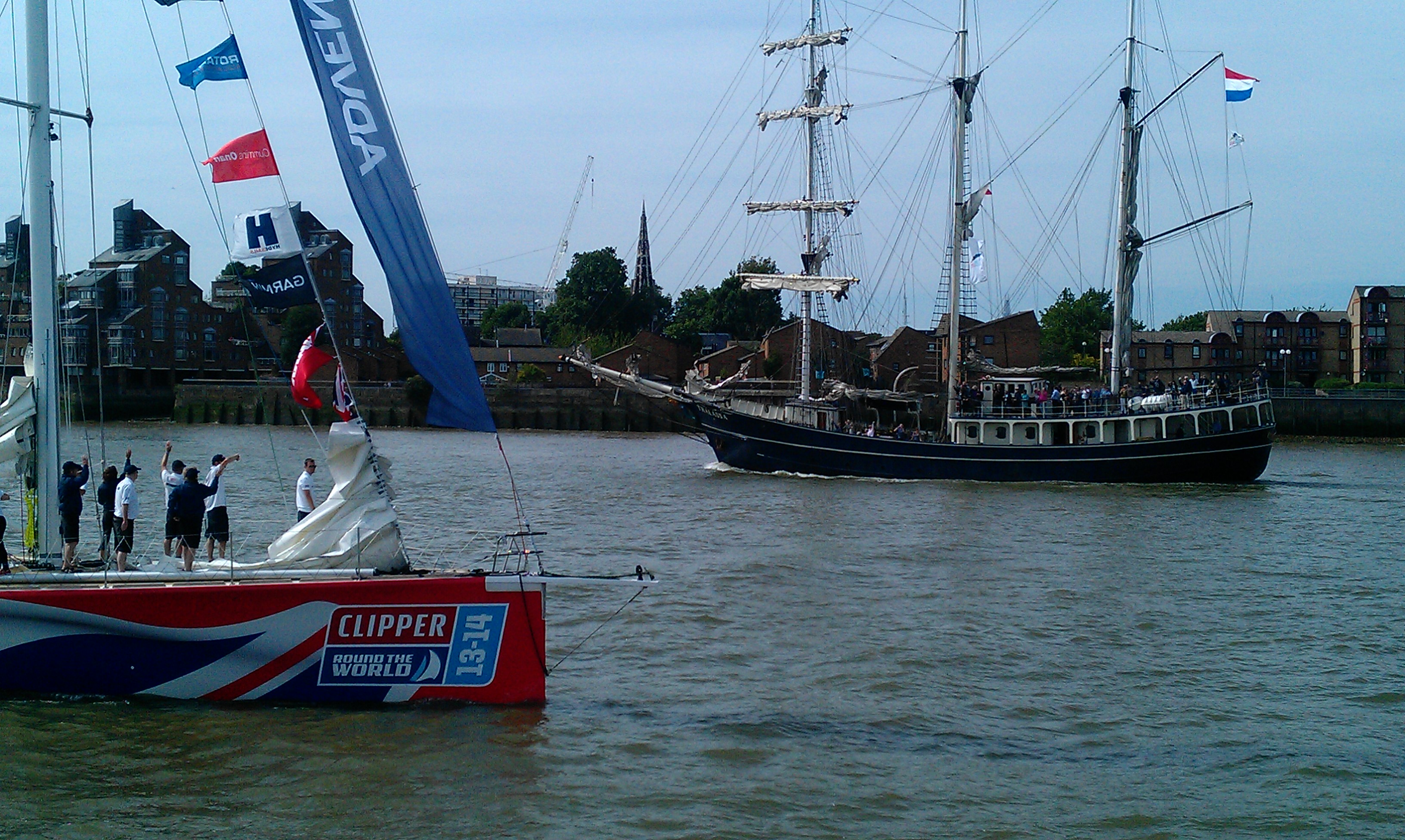 We followed them downriver as far as our spectator boat would take us – back through Tower bridge, past Greenwich down to the Thames Barrier – where the spectator boats all lined up to watch the yachts pass on their way out to sea. It was interesting to see the photos Dad took and compare them to mine. His were of each of the yachts whereas mine were much more partisan, concentrating on Henri Lloyd! I was distracted by the tall ships on the way down the river as well as seeing them on the way back up. I guess you can’t get the square rigged ships out of me completely! 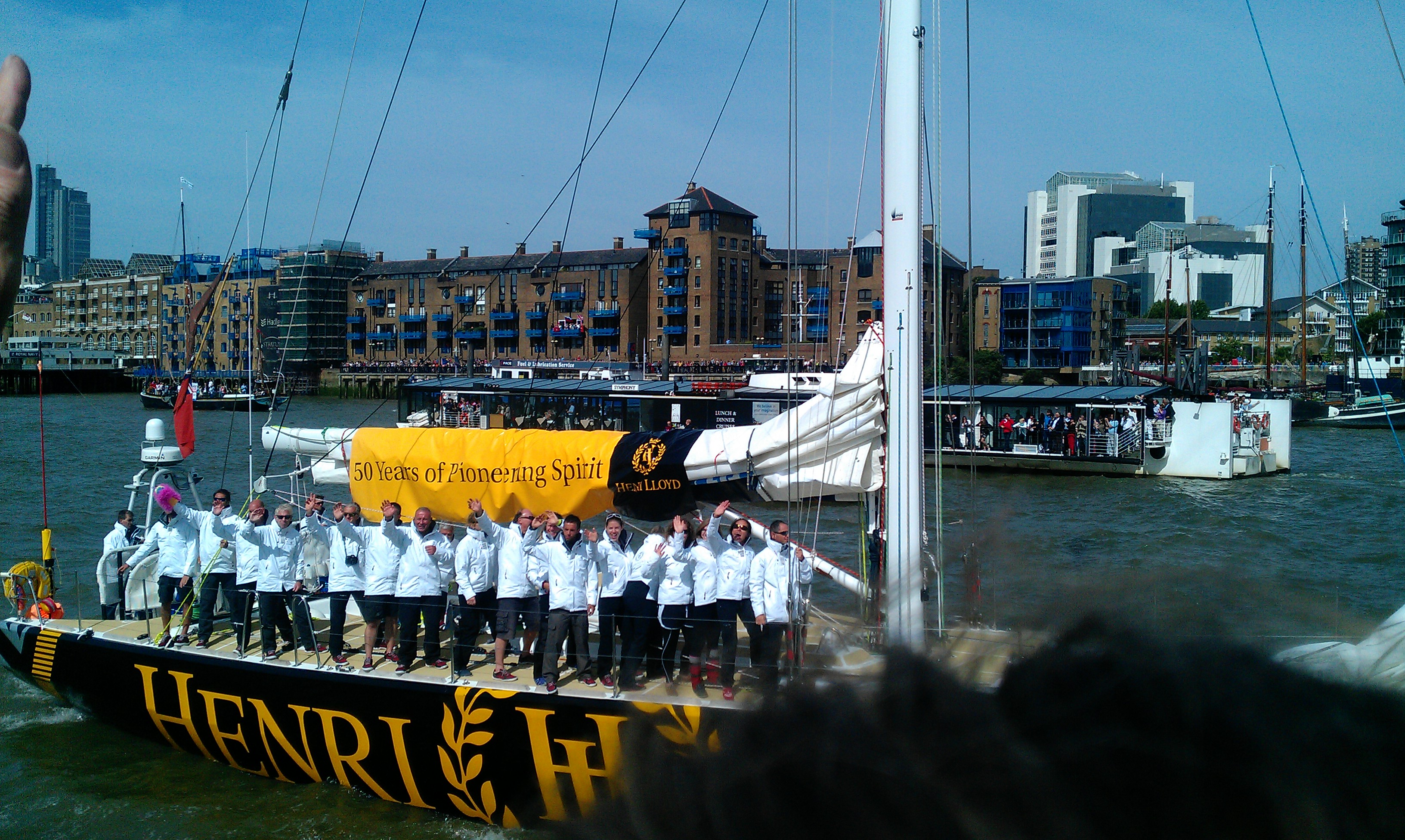 As much as today had been billed as the race Start, it was all ceremonial. You couldn’t have had 12 70 foot yachts racing down the Thames, so there were no sails. Race 1 was due to start the following morning off Southend after an overnight anchor. I was back at work by then, and there wouldn’t have been anything to see as the start was so far from land.

We, and the others who had been left behind, finished the day sorry, celebrating the start, in, again, the Dickens Inn before sharing an Indian meal somewhere in east London. 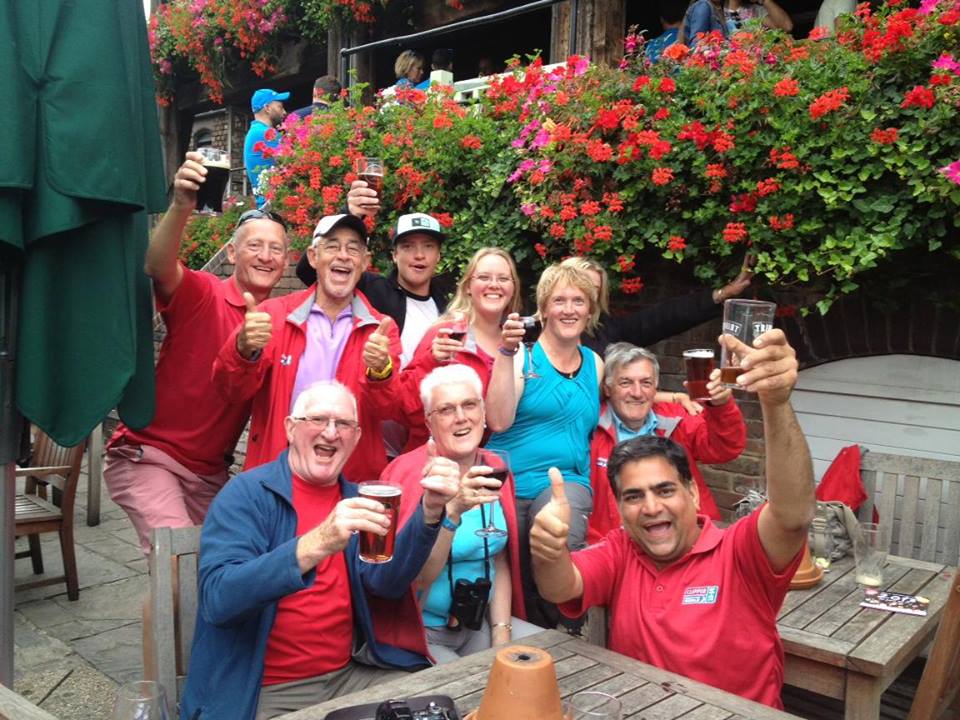 At the Dickens Inn – Courtesy of Kevin