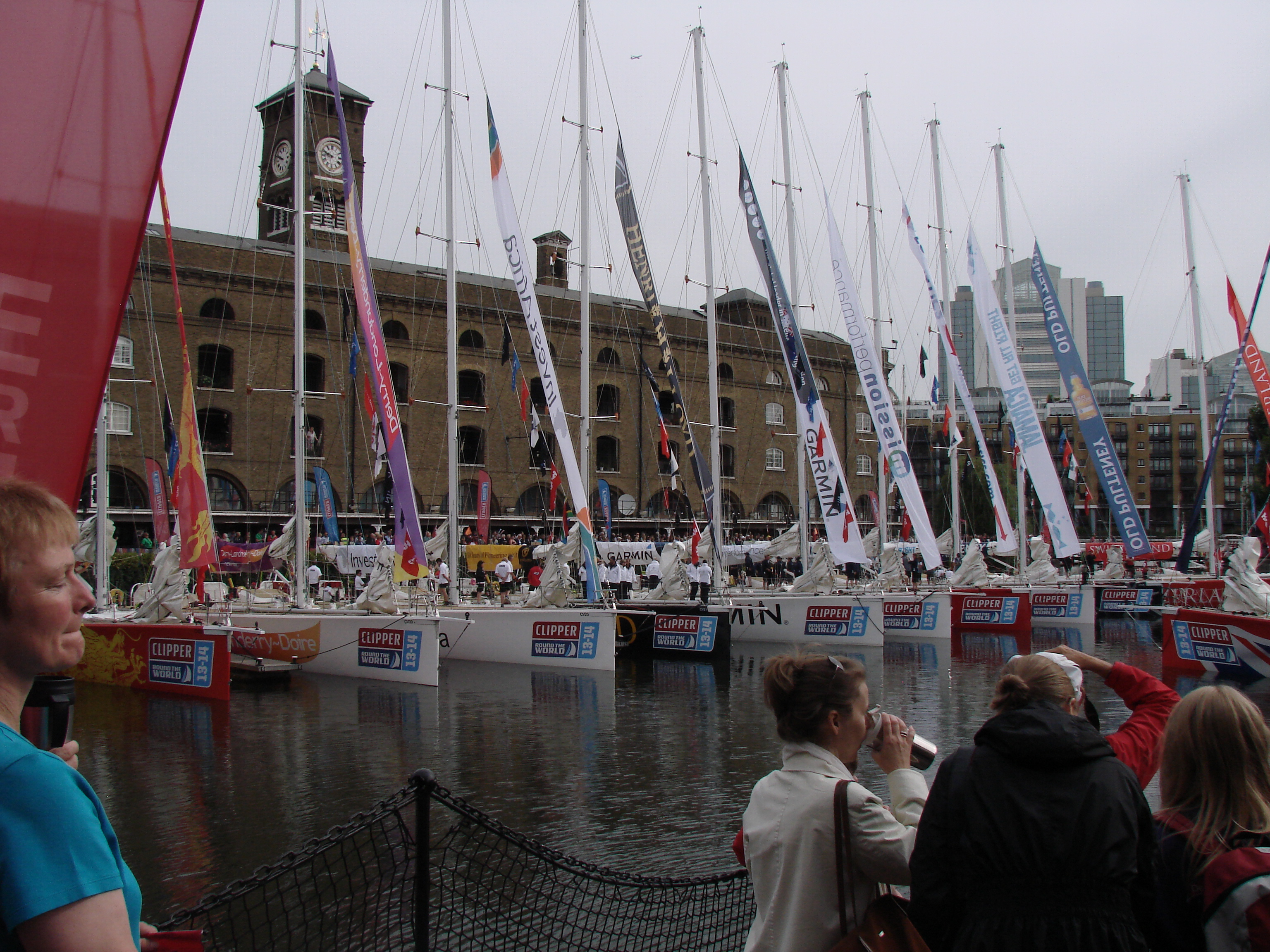 Ready for the Off

Sunday 1 September (actual Race Start Day) we were back again in St Katharine Docks where all of the boats were lined up ready for the off, a fantastic sight. We had to decide where to stand to watch the actual boat departures. Four boats at a time would be exiting the dock, passing through a lock to reach the Thames. The Tower Bridge side of that lock seemed the most logical place so we went and reserved our places. View a Map Here. 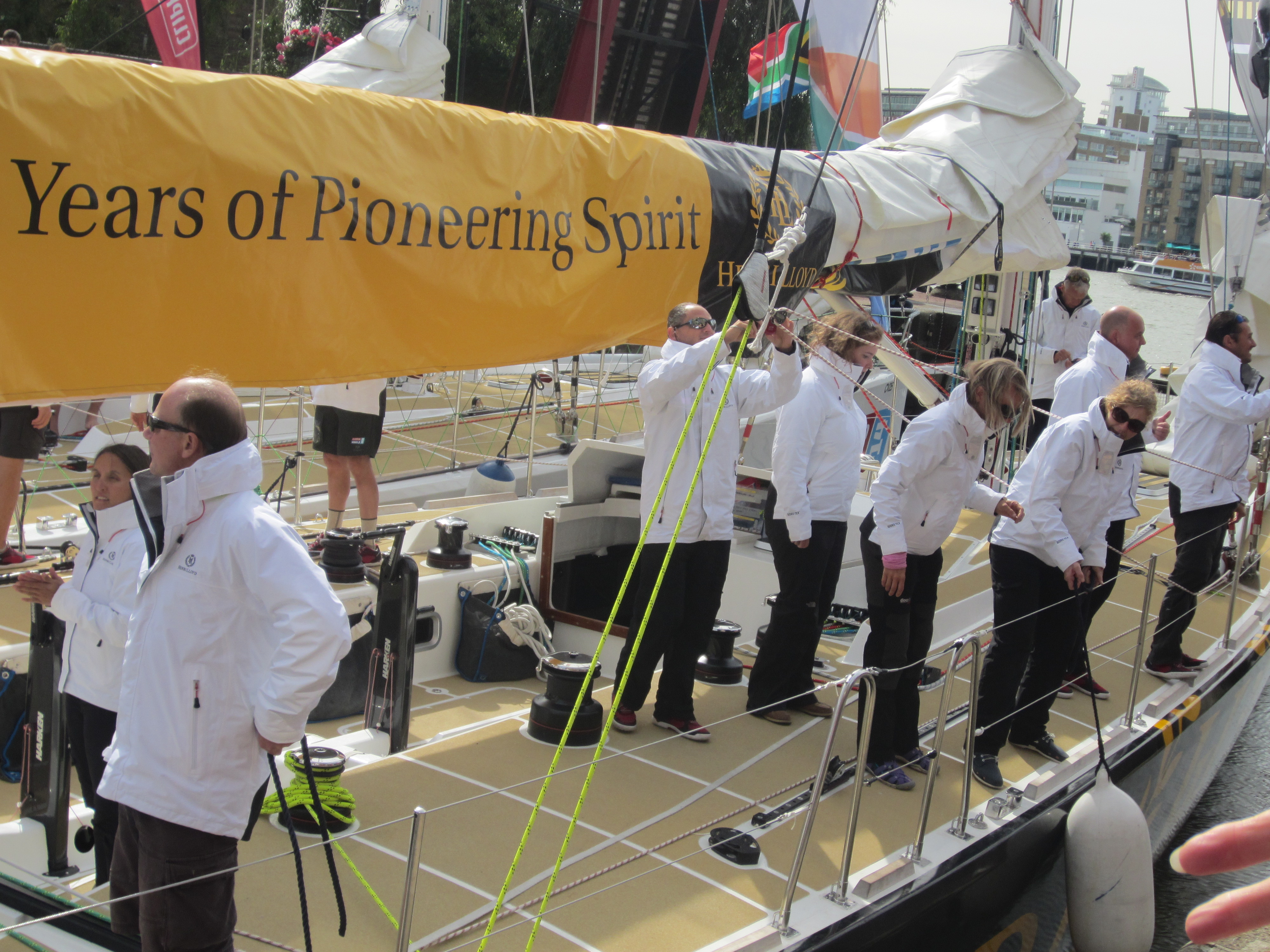 We were joined by another of Anita’s friends and then by Peter and Lynsey, Anita’s brother and sister-in-law. A real family occasion. The boats passed through the lock, four by four. Eventually all 12 boats were in the Thames and Tower Bridge opened to allow some of them to pass upstream. That was when we went to find the spectator boat that Anita had pre-booked as soon as Race Start was confirmed. 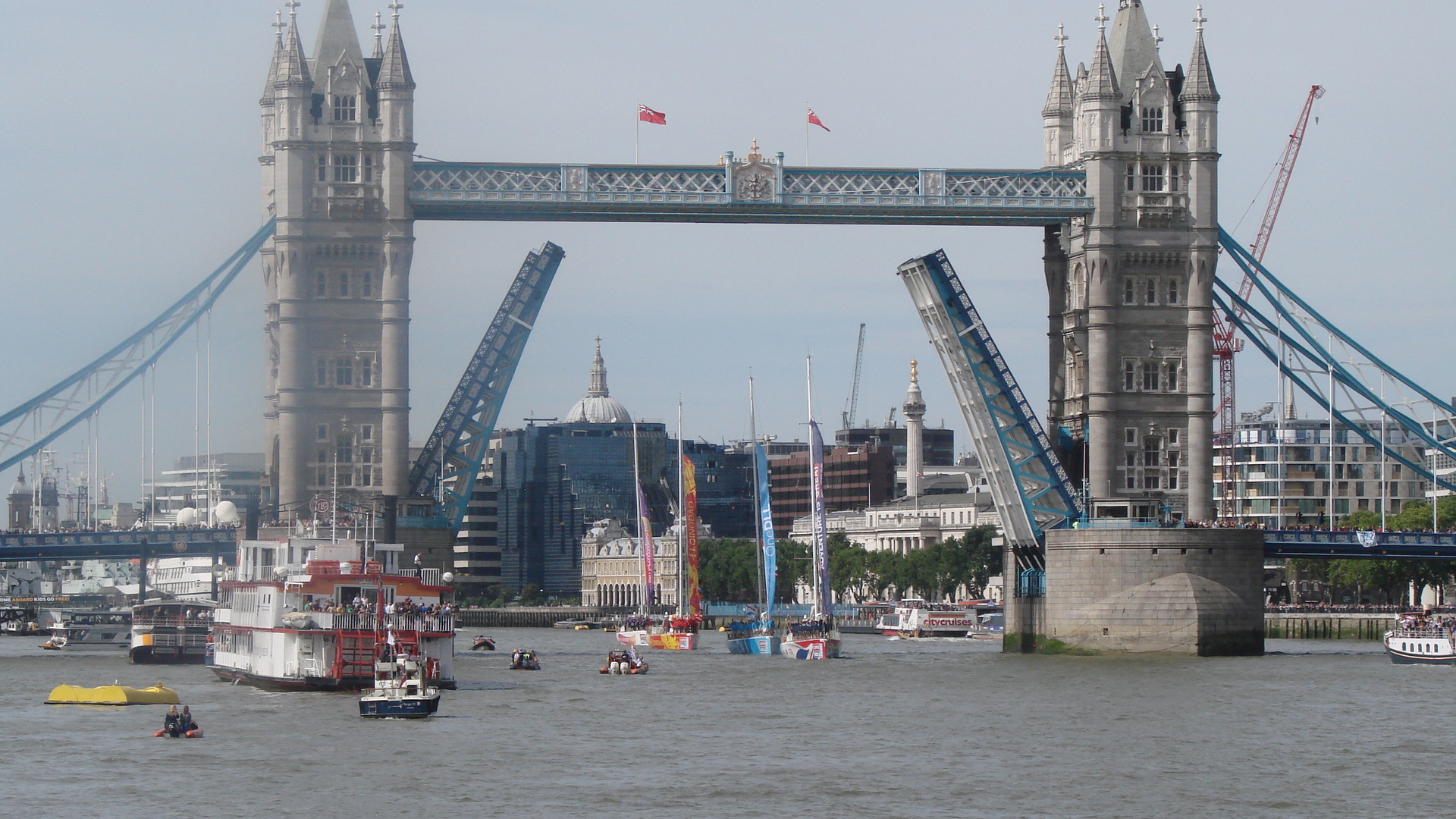 There were several such boats but we all thought that ours was the best! We went under Tower Bridge and had very good views of all of the Clipper Boats. This was our first view away from the dock area. Eventually we went back below Tower Bridge and watched all of the boats pass by us on their way downstream. Front of the parade of course was GREAT Britain whose skipper is Simon Talbot. 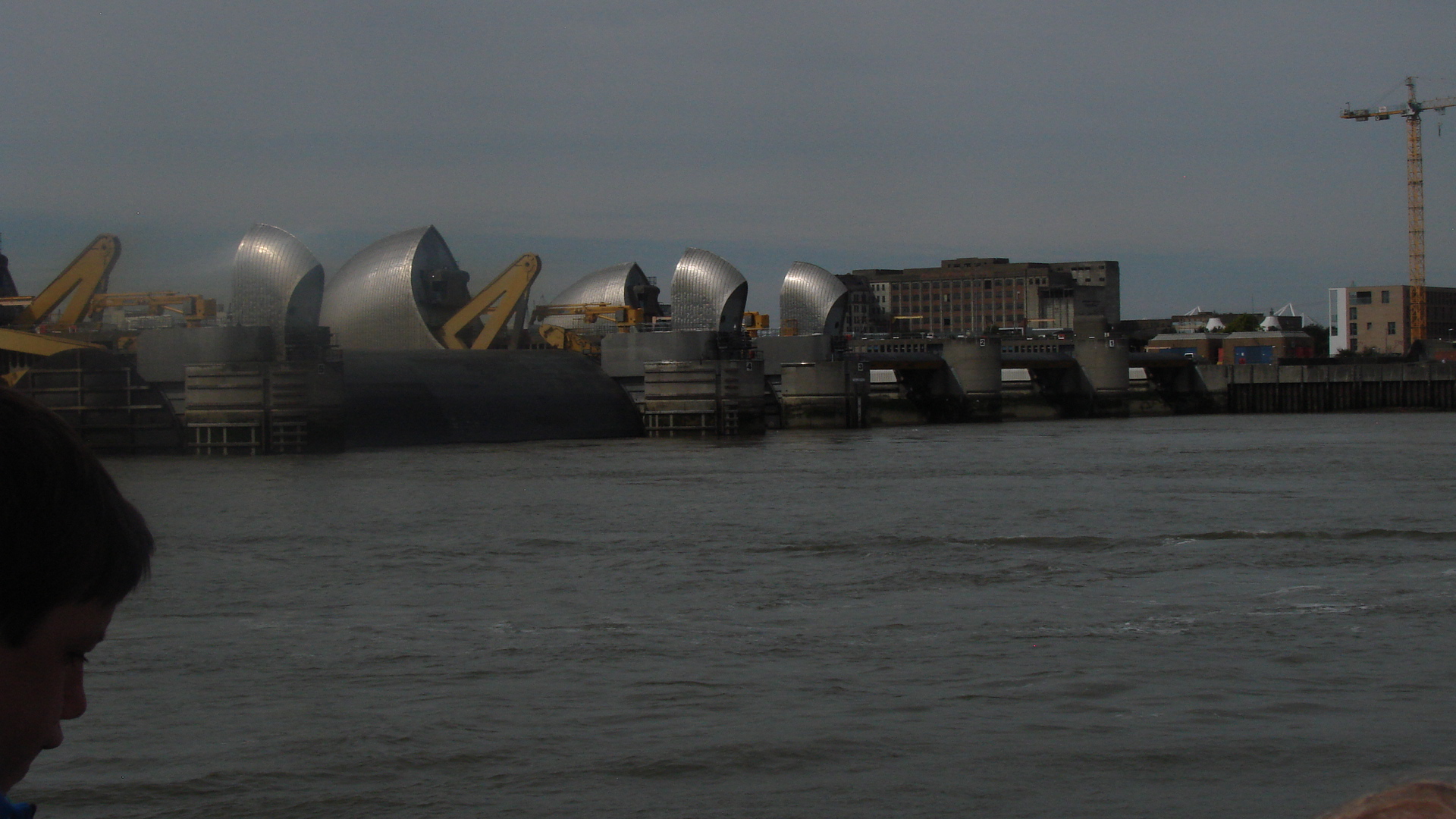 We then went past the boats again so having another good view. To cut a long story short, we leap-frogged all 12 Clipper Boats several times all the way down the Thames to just below the Thames Barrier. Then we just waited once again as they all went past us for the last time – on their way to Southend and the actual start of Race 1 in the morning. As we watched these wonderful boats starting on their way Round the World we couldn’t help wondering how the crews were feeling. Before their training sessions, some of them had never sailed before and now they were going round the world!  What an adventure. 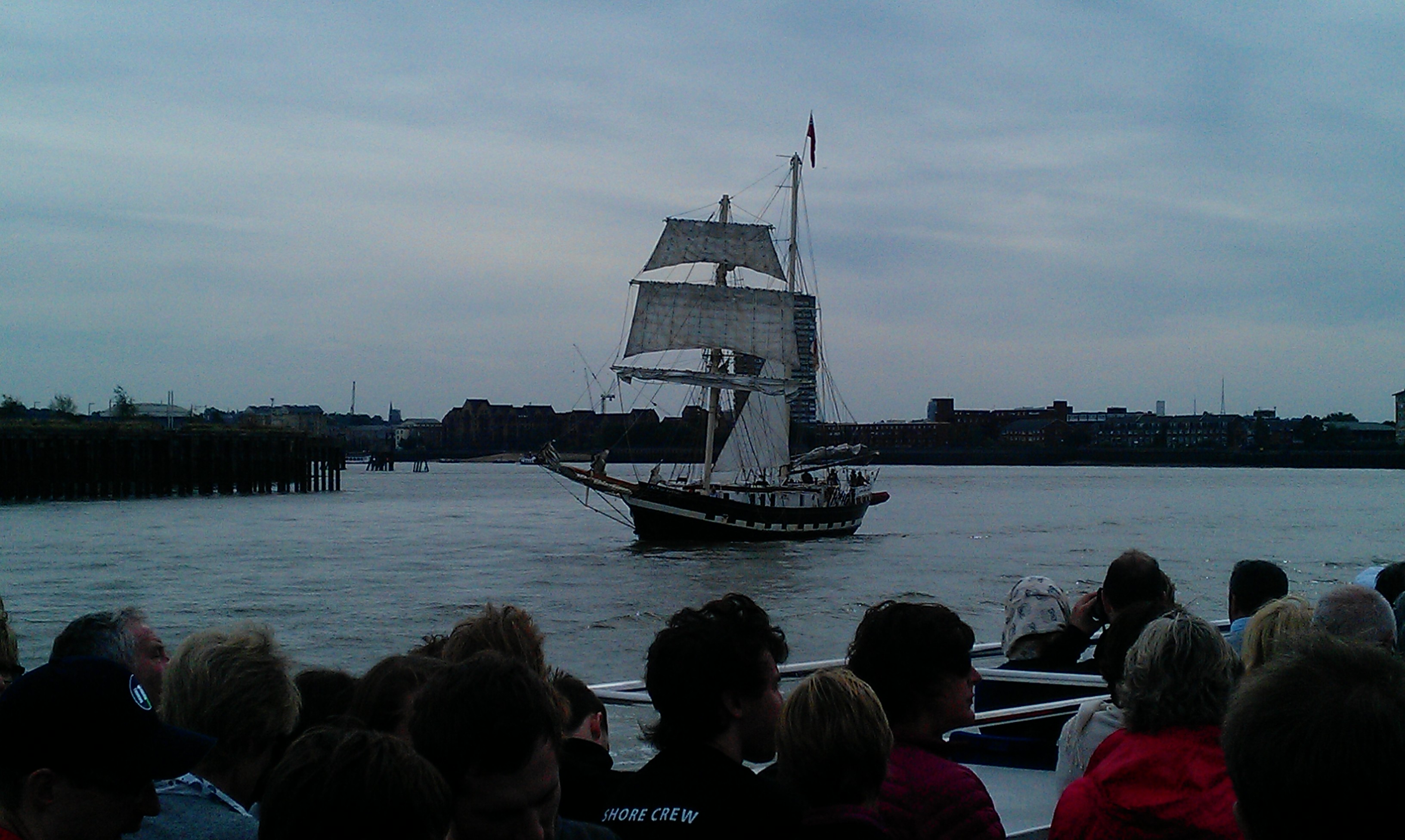 Tall Ship on the Thames

Our spectator boat made way upstream to Tower Bridge but there was still plenty to see. It seemed that lots of ‘older’ sailing vessels were out that day and we do seem to have lots and lots of photos.

You’ve guessed it – we ended up back in the Dickens Inn with those Clipper Crew not on Leg 1. There were very mixed feelings: 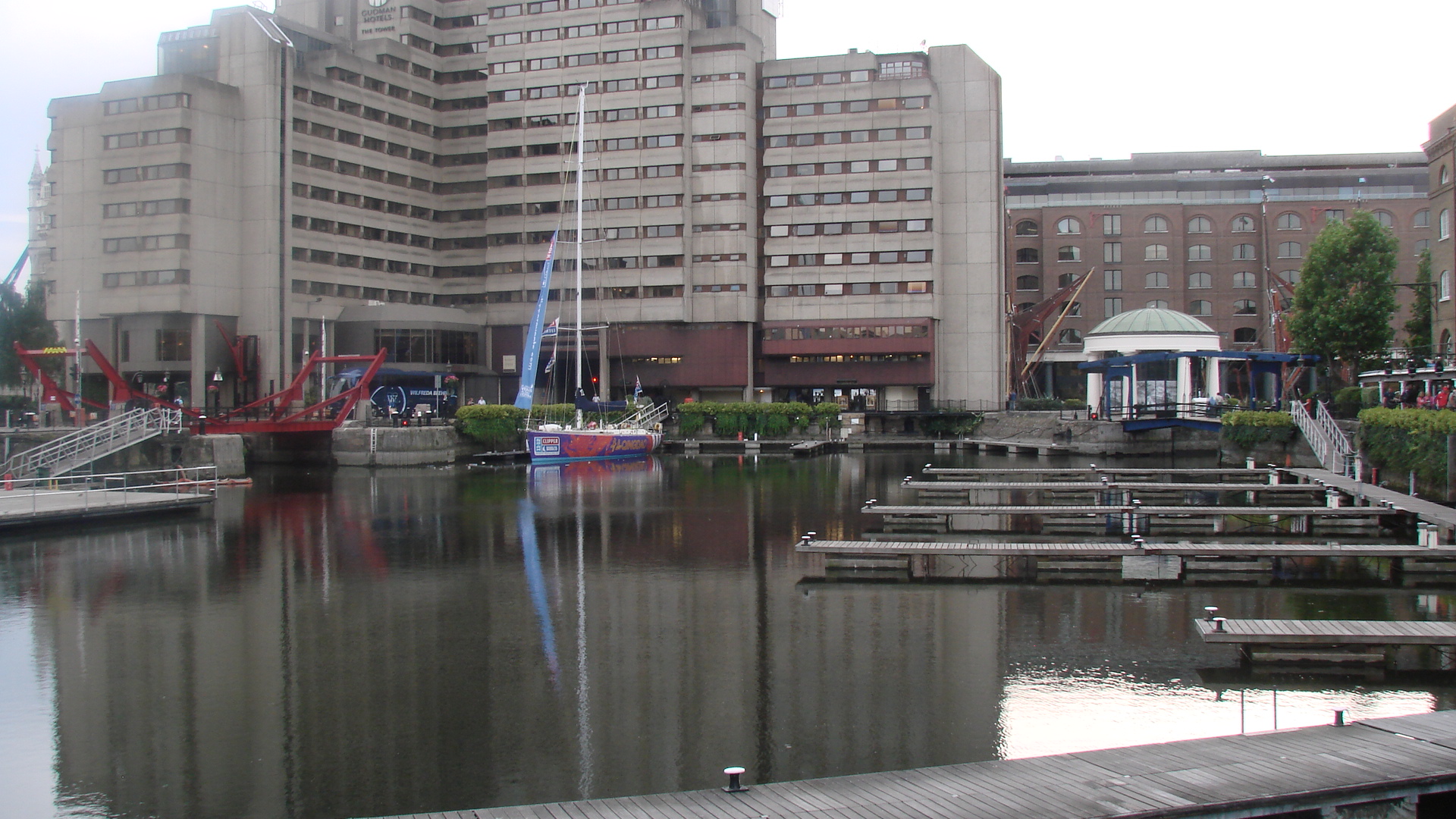 The day ended in an Indian restaurant with some of Anita’s Clipper friends. Then it was Shanks’s pony, tube, train and taxi back to Anita’s place for some much needed sleep before returning home on Monday morning. A fantastic weekend!

Ready For the Off

Ready for the Off