The race start weekend started with a crew party on the Friday evening, then Henri Lloyd’s boat naming ceremony was in St Katharine Docks first thing on Saturday morning. I had been asked to go help with getting the boat into a state suitable for such a ceremony, but apart from anything else, I overslept! 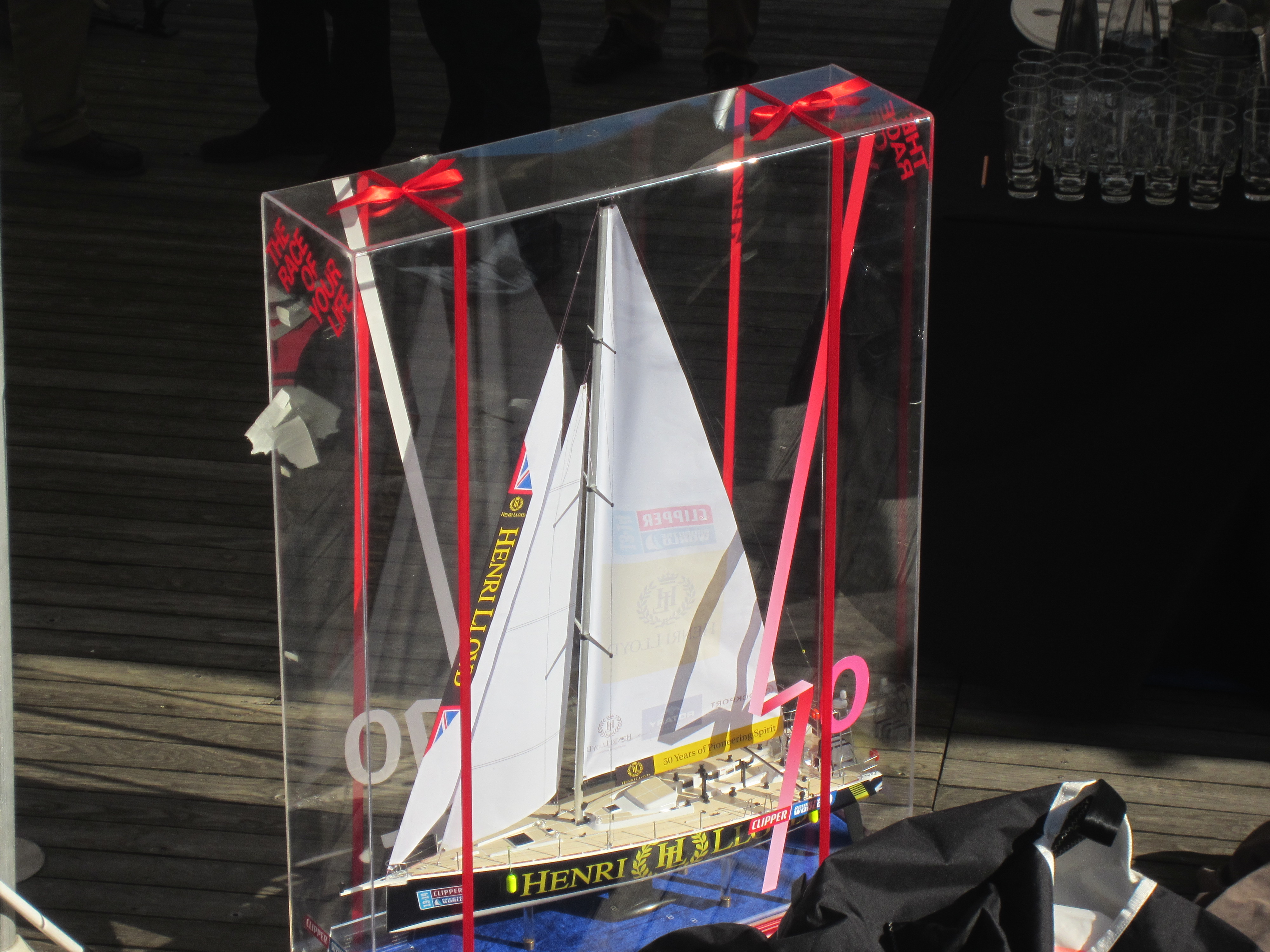 Model of Henri Lloyd – from the back!

It was only Leg 1 and round the world crew who were allowed to take part, so I watched from the dockside with a few others who had also been helping all week. She was officially named “Henri Lloyd – 50 Years of Pioneering Spirit” and a model of her in a glass case was presented by Henri Lloyd to Clipper. Henri Lloyd are celebrating 50 years of their business. We tried to sneak onto the pontoon but got caught and had to retreat, which was a bit embarrassing, especially as I only wanted to take a photo of the model ship – from the front!

The ceremony over, I went back on the boat to continue helping out whilst Mum and Dad went shopping. I was to meet them later, in time to meet my friend, Eddie, and others from my theory course, for lunch. 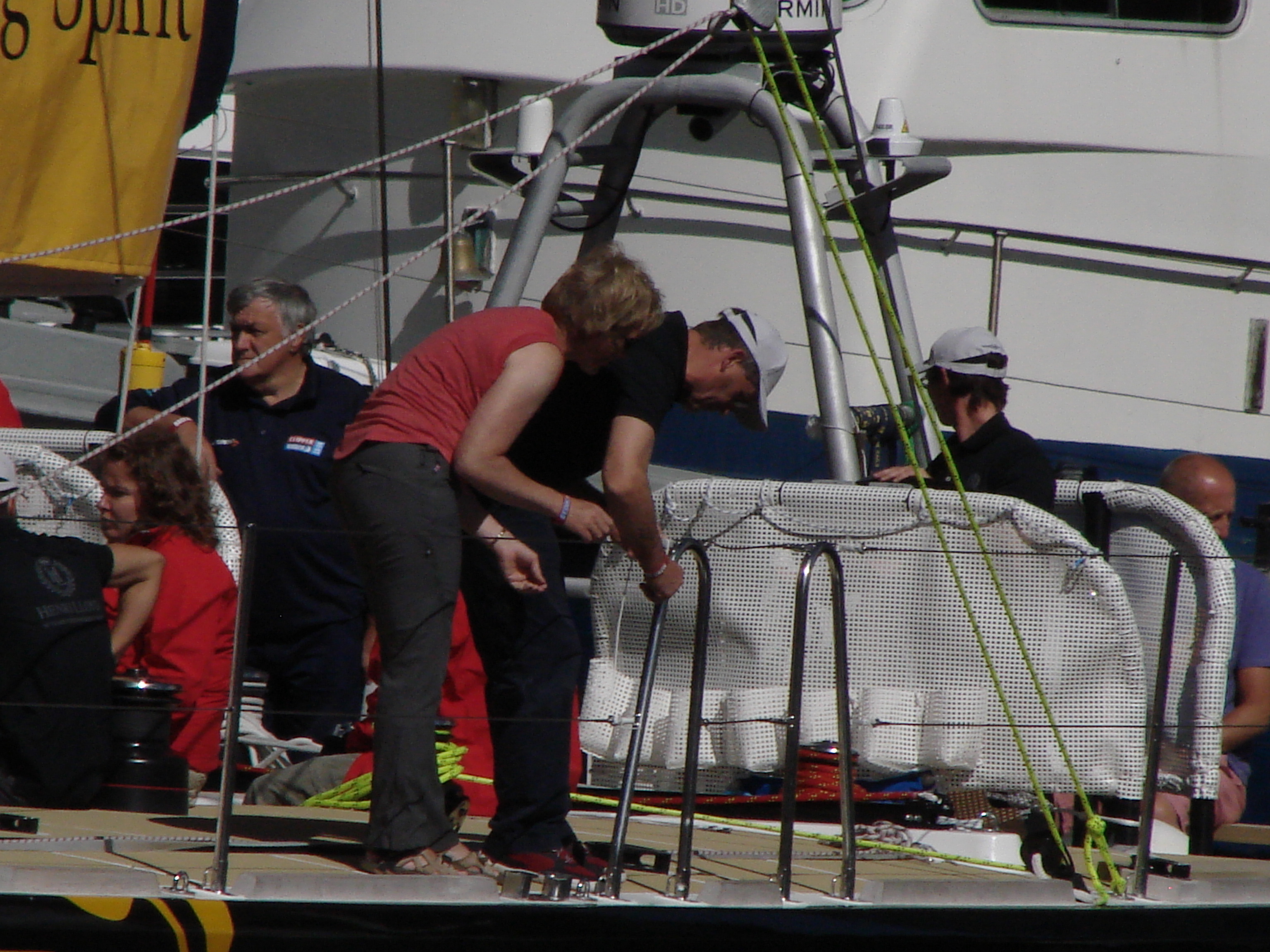 I was involved with rigging the guard wires through the stanchions we had installed earlier in the week when the next thing I knew we were in the middle of the dock and there was no way of getting off!

At the time I was due to meet Mum and Dad I was still stuck on the boat, so this time was spent with frantic sign language and eventually mobile phone, once I understood the sign language and my phone had been fetched from below deck.

They went on ahead, Angus and I met them later and all was well as eight of us met for lunch.

In the afternoon Eddie was desperate to set foot on board. We had been told that on the Saturday no one would be allowed to show friends and family round the boat as the crew would be busy getting ready for their departure the next day. We managed to time our visit such that the crew were all at their pre-race briefing, and skipper Eric didn’t seem to mind us, his Mum Sally and a few others with their families being around. We were grateful for this, Eddie enjoyed his tour and we did dutifully leave when Eric asked us to.

We made our way back to the hotel via the Dickens Inn and the Old Pulteney malt whisky stall, hic, and left the crews to their final preparations.

Crew at the Naming