I really can’t believe that Anita hasn’t written about the Race Start – yet! She has mentioned it but ….

What a memorable event!  The actual Race Start was on Sunday 1 September but the festivities (for us) started on the last Friday in August.  Ray and I travelled to Anita on the Friday morning in time for lunch.  Then in the afternoon, we all went into London by bus, train, tube and Shanks’s pony! We had accommodation booked very close to Tower Bridge and St Katharine Docks.  In fact, our hotel was where the Clipper Crew Party was held! 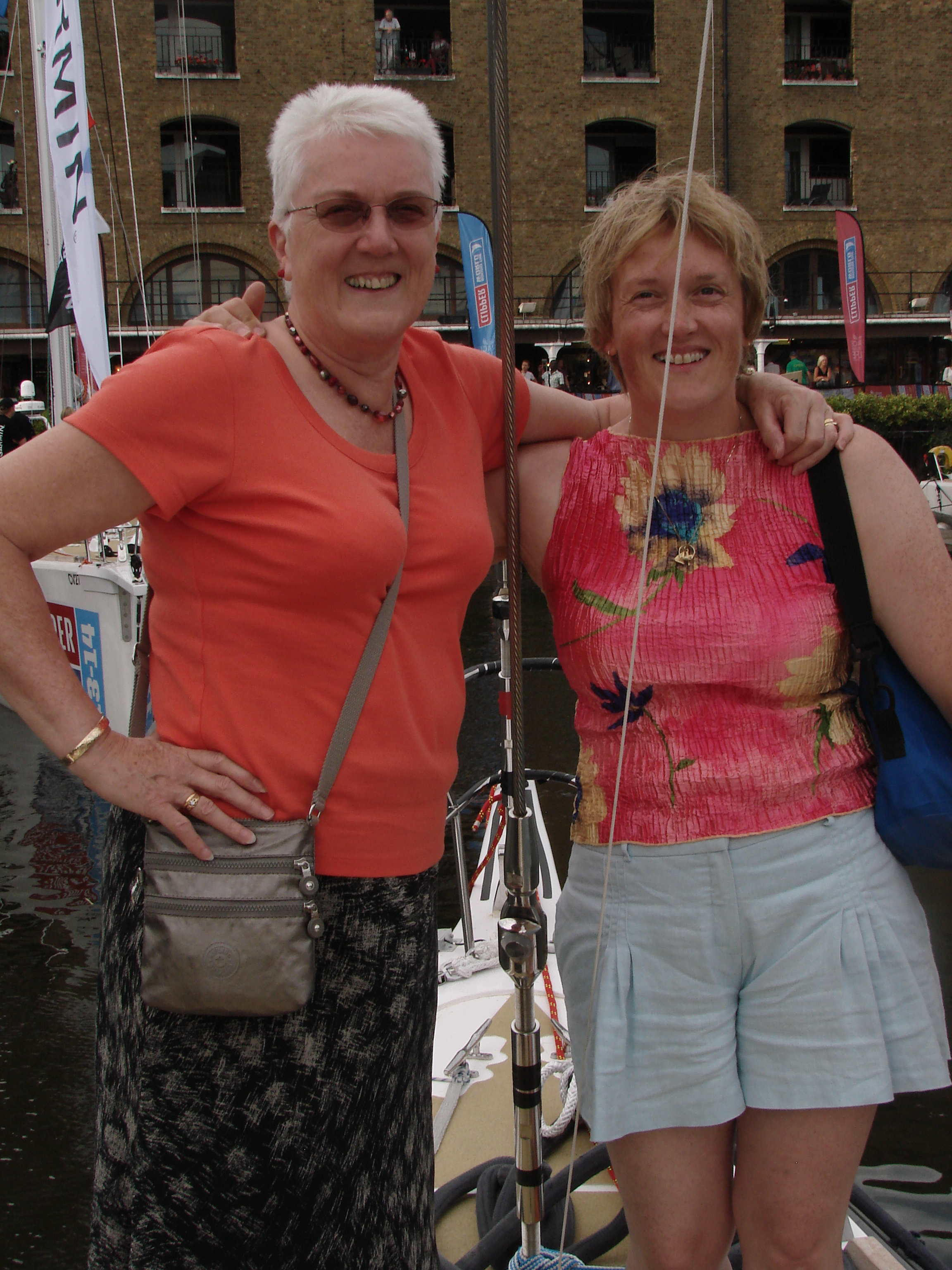 Anita and Lynne Before the Party

However, before the party, we wanted to see the boats! Anita, of course, knew exactly where they were so we ambled off to see them – Anita had a bad knee so hurrying was out of the question.  Anita gave us a tour of Henri Lloyd which looked like it was never going to be ready to go to sea!

So – the Party!  This was held underground!  Two floors below reception.  A massive room with live music, dance area and around 10 different food areas, each one featuring a different cuisine. Lots of food choice and I was the only one of us choosing from the English area! The food was tasty and plentiful. Our tickets entitled us to two drinks each and there were two drinks stations outside the main room. We quickly discovered that iced water was free and this was my choice because the whole area was VERY hot. There were lots of people at the party but it was still possible to find and meet up with friends. Not so easy to hear them though!! 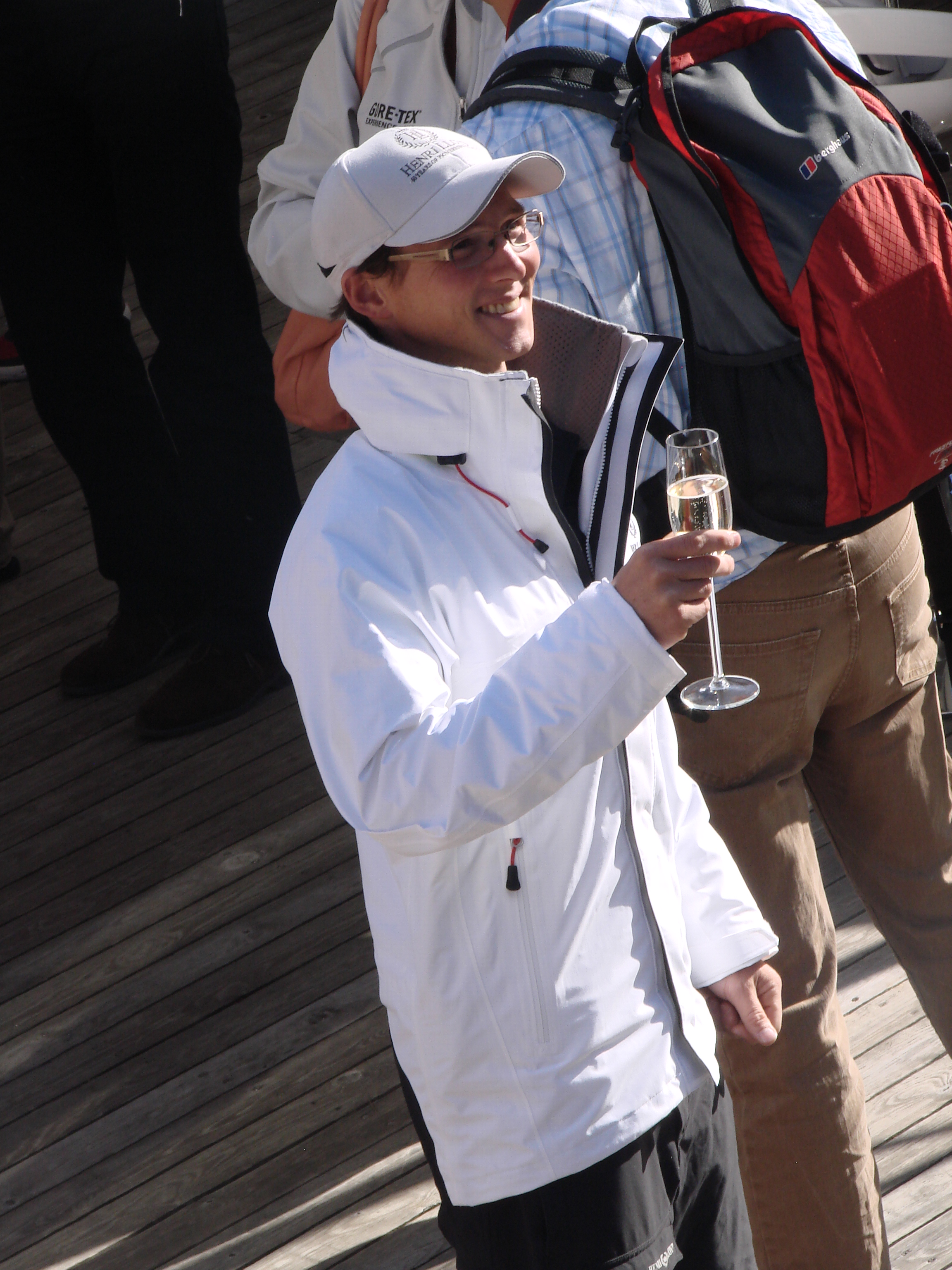 The morning after (Saturday) started early with the official naming ceremony for Henri Lloyd. It seemed a pity that only the Leg 1 race crew were able to be involved but in reality, there just wouldn’t have been room for all of the Henri Lloyd crew. Henri Lloyd had given all of the crew WHITE jackets and caps.  Hope they stay white during racing conditions!  I wonder whether these items must be included in Eric’s weight limit??

Sir Robin gave a souvenir to Henri Lloyd but I’ll let Anita tell you about that! 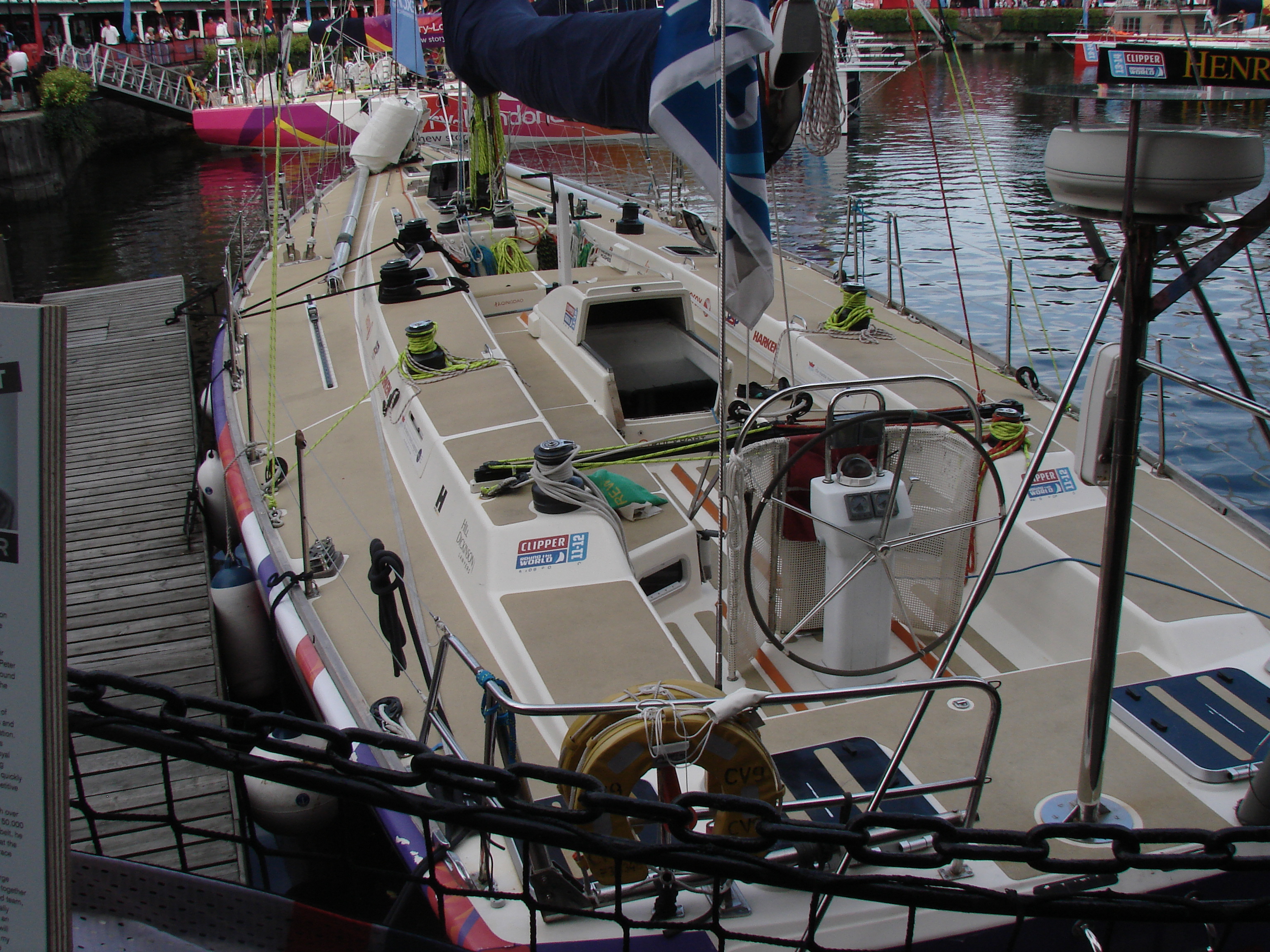 Did anyone else notice that Henri Lloyd STILL didn’t have any guard rails??

After the naming ceremony, we had a chance to look at all of the boats and generally have a good time. Boats moving around and gradually looking more shipshape.  Drinks in the Dickens Inn gave respite to tired feet and weary legs! Late that morning, we met up with Anita’s longtime friend Eddie Tozeland. Eddie had joined us for the rest of the day and was also staying for Race Start. That evening we went out to a local pub (didn’t feel like walking too far!) for a meal ready for tomorrow.

Henri Lloyd on the Move