For the most part on our Level 3 course on August we had great weather and good winds – or our skipper Eric knew where to go to get good winds. However there was one night during which the wind died and I was dimly aware from the confines of my bunk of the other watch starting the engine. Guess the tide had turned and it was to save us going backwards. Won’t be able to do that in the race proper.

On another occasion as the sun was setting we had no wind. Eric and the skipper of Geraldton took the opportunity of doing some drills between boats that we may need during the race.

I was cooking that day – NOT the dreaded fishcakes – but did manage to watch what was happening whenever I could get on deck to escape the heat of the galley. 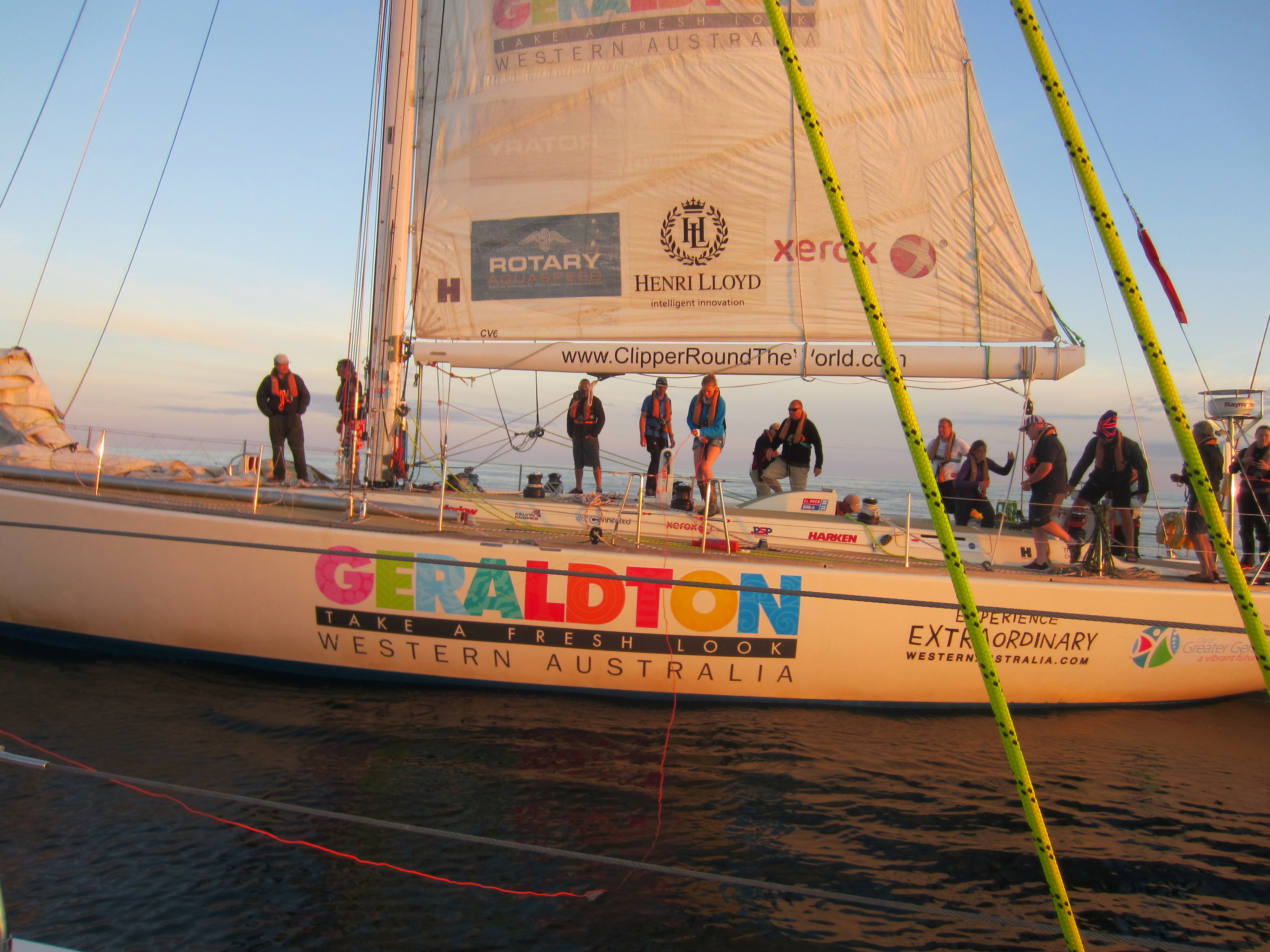 We did a replenishment at sea – getting the two boats moving alongside each other then throwing a heaving line between the boats and transferring items between them. 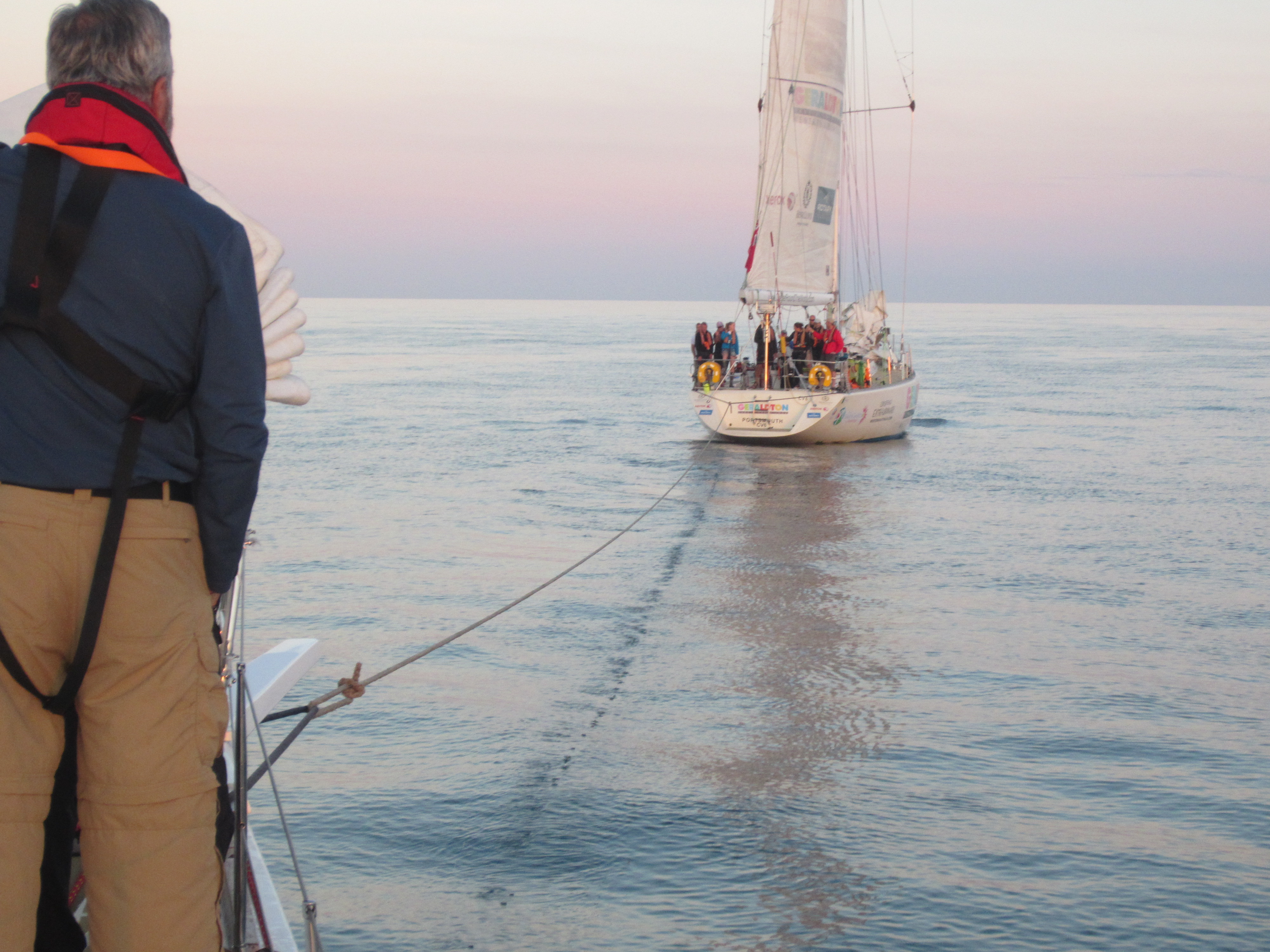 We were towed a short way by Geraldton, and learnt where to rig the ropes to allow this to happen.

A few days later, by the end of the course we were accustomed to man overboard drills, so Eric threw in a curved ball. Or rather, he threw in an unlit buoy, at midnight, when we were due to go off watch. It took us longer than even he expected to find it. After hours spent scanning the surface of the sea with an Aldis lamp, we had given up. It was spotted in our path drifting with the tide, as we motored back into Portsmouth. Not that I would have spotted it. I was up the mast stowing the mainsail at the time.

Next I volunteered to take a mooring line ashore, and boy do I wish I hadn’t! Poised on the outside of the guardrail, I was halfway through the manoeuvre when my brain went, “I can’t do that. It’s too far!” So I didn’t complete it. I ended up sitting on my feet on the outside of the boat clinging on with my legs all twisted. My right knee was horribly twisted next to my left hip. My right foot was near my right hip. It was agony. It still hurts but it will be better by the time I join the boat in January. At least I am doing everything I can to make sure it will be! My osteopath and I aren’t sure what I’ve done to it, but it’s not muscular and it’s not ligaments otherwise he says it would be better by now. Two months on and I am getting rather bored with it now!

AnitaSailsAgain by Anita Davies is licensed under a Creative Commons Attribution-NonCommercial-NoDerivs 3.0 Unported License.
Based on a work at https://anitasailsagain.com.
Posted in Level 3
ANITA SAILS AGAIN