Well, crew allocation came and we filed into a hall in the Guildhall in Portsmouth, each wearing our red Clipper race jackets. I had collected mine earlier, after joining the back of the queue that stretched all the way across the square in front of the Guildhall. It’s a bit big but on the next size down the sleeves are far too short (the jacket, that is, not the Guildhall)! 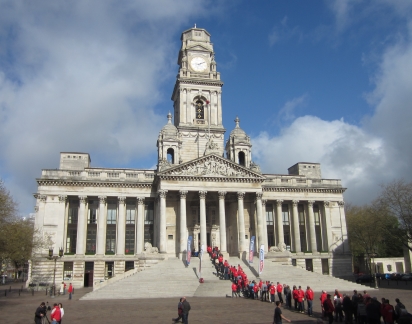 There was a crew briefing and some details about the race – minor details like the race route and approximate dates.  The race start location will not be announced till 31 May. Robin Knox Johnston talked, partly about the boats, partly about not looking back over your life with any regrets. Hmm.

Then, the bit we’d all been waiting for. The 12 skippers stood up in turn and each read out 28 names. While trying desperately to listen for my name, before working out that for the most part they were in alphabetical order, my brain was also trying to do maths.  12 x 28 is…… nowhere near the 700ish crew members! So then they stood up and read out the 2nd half of their teams. 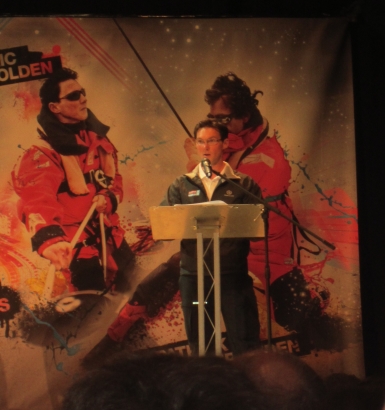 Eric Holden read out my name. I am pleased to have him as my skipper. I would not have been able to say that for definite about any of the others because I have not sailed with them.

After a short break I, and the other members of TEAM ERIC as it is currently known, broke out into a room with just us and began the process of getting to know each other and planning our race campaign.

Most of my crewmates are either American or have some sort of connection with America. About half the crew was not present because of this. Those Americans that were present generally had either just done Level 2 training or were about to do Level 3, or both!

There seems to be quite a high proportion of us techies. Also at least four of us are musicians. Apparently I am an “international clarinettist”! A description that I don’t think either Barnet Band or London Single Reeds will recognise. I am equally certain that there will not be a clarinet, flute or piano on board! 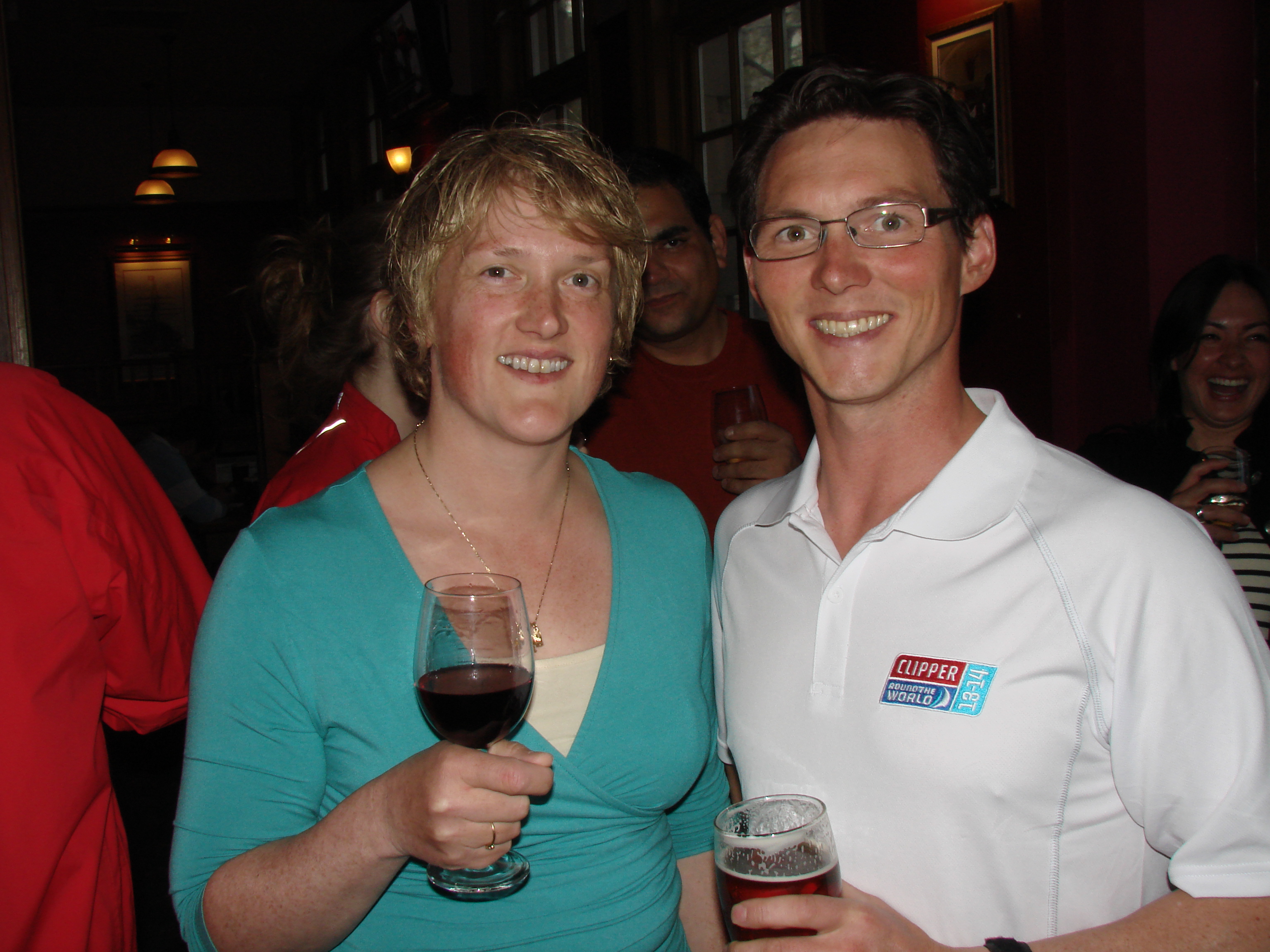 Later on we posed for photos on the steps outside the Guildhall, before a team bonding session in the nearest pub, where else? No, Mum, I am not trying to strangle my wine!

All Crews on Guildhall Steps

Posted in About Me, Events