On arrival at St Katharine Docks to help get our Henri ready for sea after my non-Clipper weekend, I couldn’t find her. This turned out to be a common occurrence over the rest of the week as the fleet of yachts were regularly moved around in the dock. The 12 70′ yachts made the dock seem quite small – so you’d think it’d be hard to lose one! 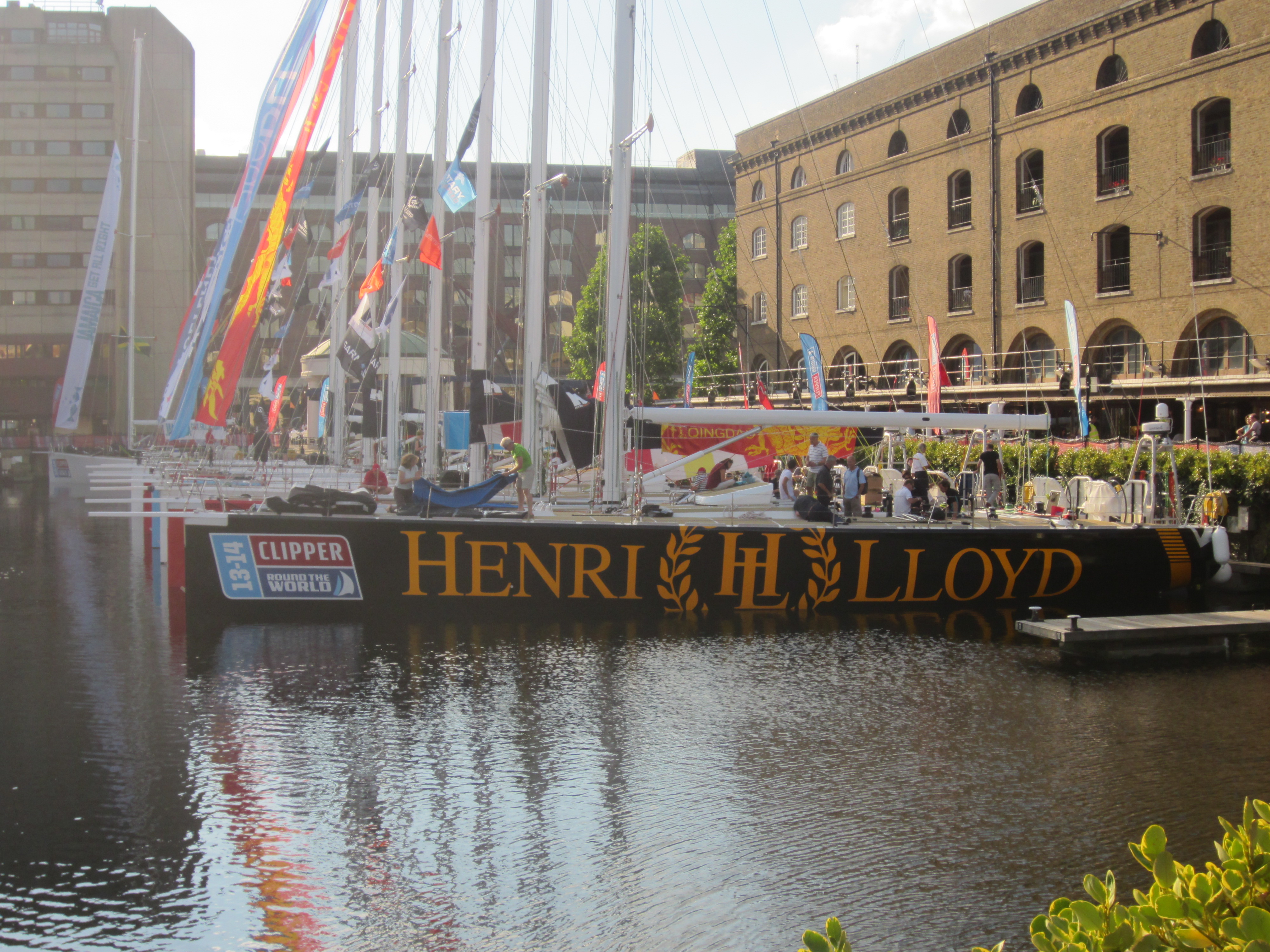 The bank holiday Monday turned out to be the day it was Henri Lloyd’s turn to be open to the public and so my first job was to help with that, showing around and talking to any interested members of the public. These ranged from past crew members interested in the new boat design, to potential crew members, to those who just happened to be passing or worked in the area and wanted to know what the fuss was about. 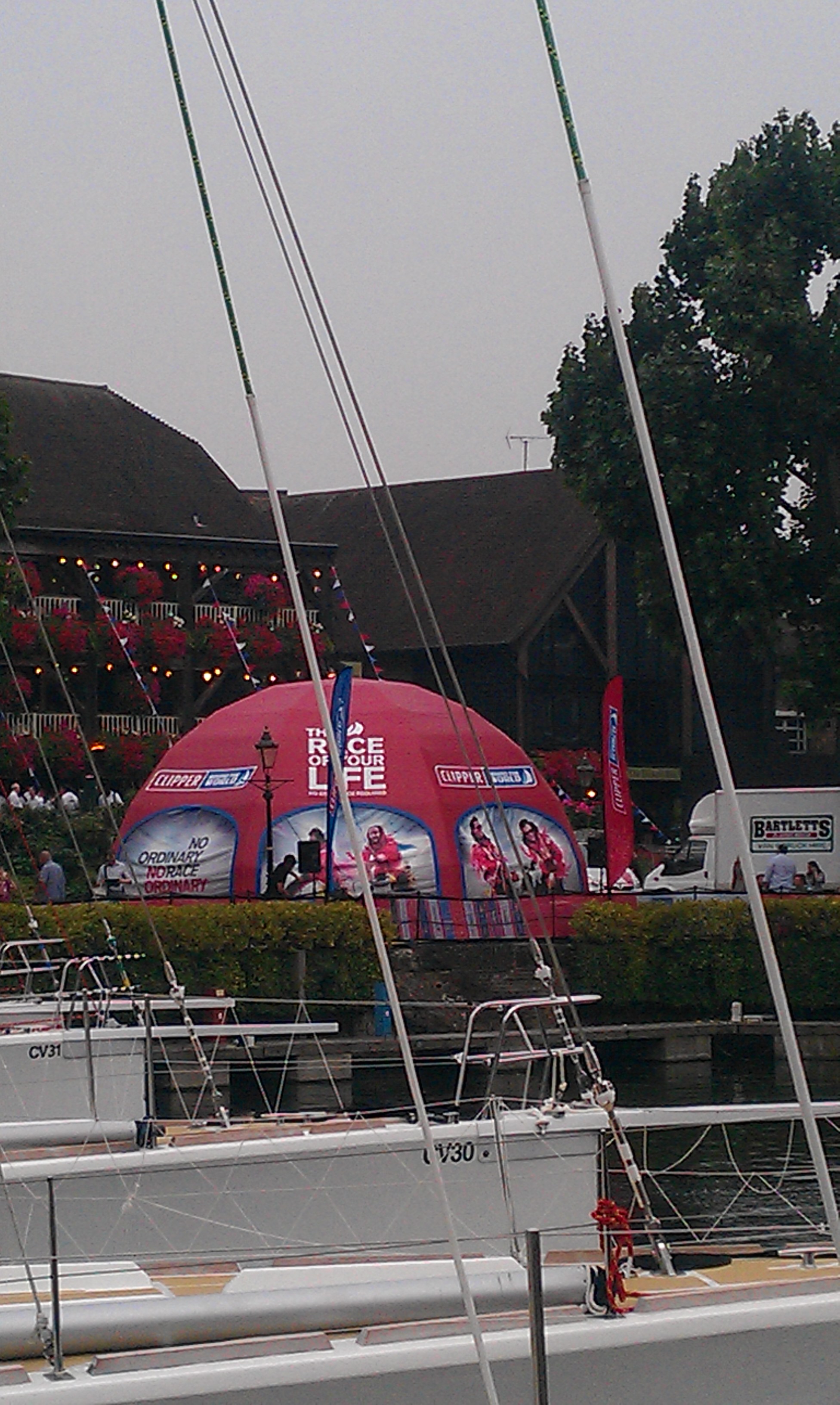 Then we moved to yet another berth so that we could work on her properly the next day. The evenings of that week tended to be spent in the local pub, the Dickens Inn. However sometimes the ‘evenings’ did not start until 9pm or later. Or they were interrupted by a call to go and pack a spinnaker. We gave up our seats, left our drinks with a bouncer and went to wrestle this huge new white sail that took up the floor of the recruitment tent into its bag before collecting our drinks and continuing as if nothing had happened. Actually it was quite a luxury to have such a large space for it. Usually we have to do it below decks where it takes every inch of the available space. 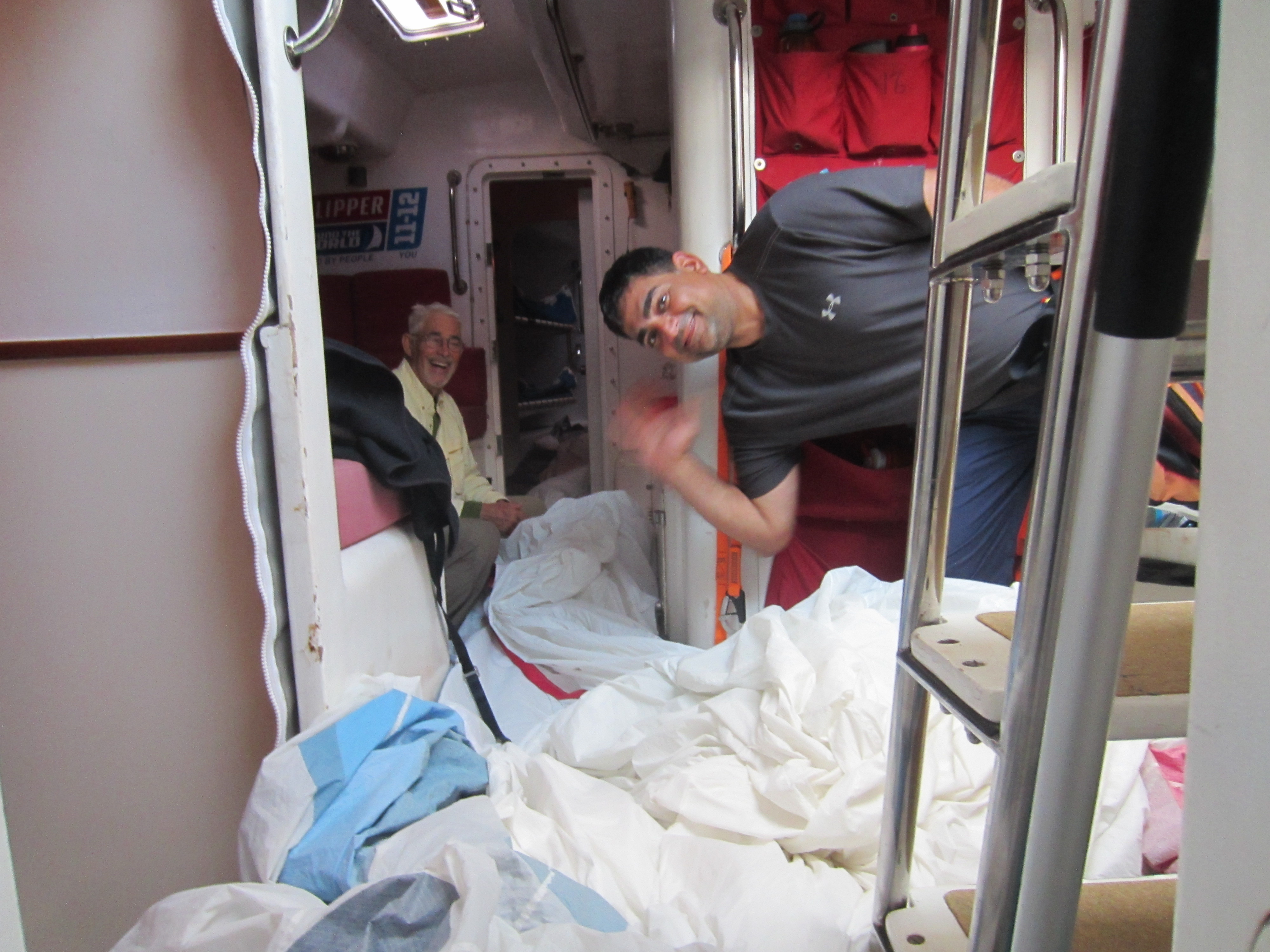 Spinnaker to be packed – on a boat!

Through all of the week we were very aware of how much there still was to do. Some of the time it seemed insurmountable. But mostly it did get done – some on the Saturday before the Race Start on the Sunday. Other tasks would have been completed in Brest after the first race before their first ocean crossing to Rio de Janeiro. 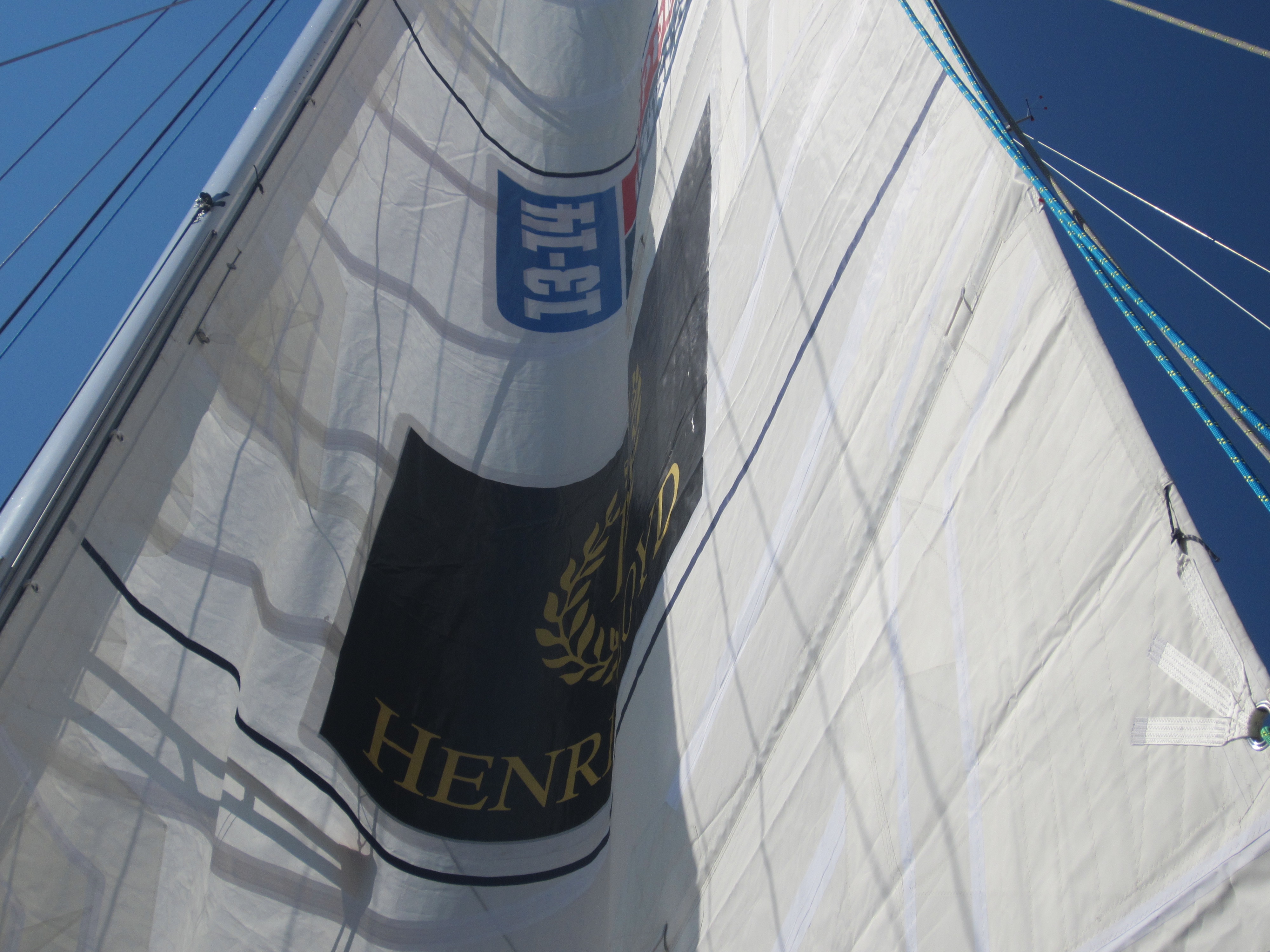 One day our new Henri Lloyd branded mainsail was delivered and we had to rig that. Clipper had yet to install the wires that would allow us to fly our spinnakers – we had the bowsprit already just none of the bits the sail needs to be joined to.

The most time consuming task, and the one that took all of us, including those who had started joining to take part in Leg 1 was to replace the stanchions for the guardrails. Although the existing ones would have perfectly seaworthy, they were lower than those with which we had trained so they were replaced. The only thing was, we had to fit them. It was weird being on the boat, first with no guardrail at all, then with stanchions but no guardrail, even though we were only moving from one berth to another as required.

It was soon time to leave them so that I could meet Mum and Dad who were coming down for the crew party and race start.

AnitaSailsAgain by Anita Davies is licensed under a Creative Commons Attribution-NonCommercial-NoDerivs 3.0 Unported License.
Based on a work at https://anitasailsagain.com.
Posted in Events, Preparations
ANITA SAILS AGAIN