Then the jobs that needed to be done during each day were divided up into a rota so that we all got a turn at doing each job. 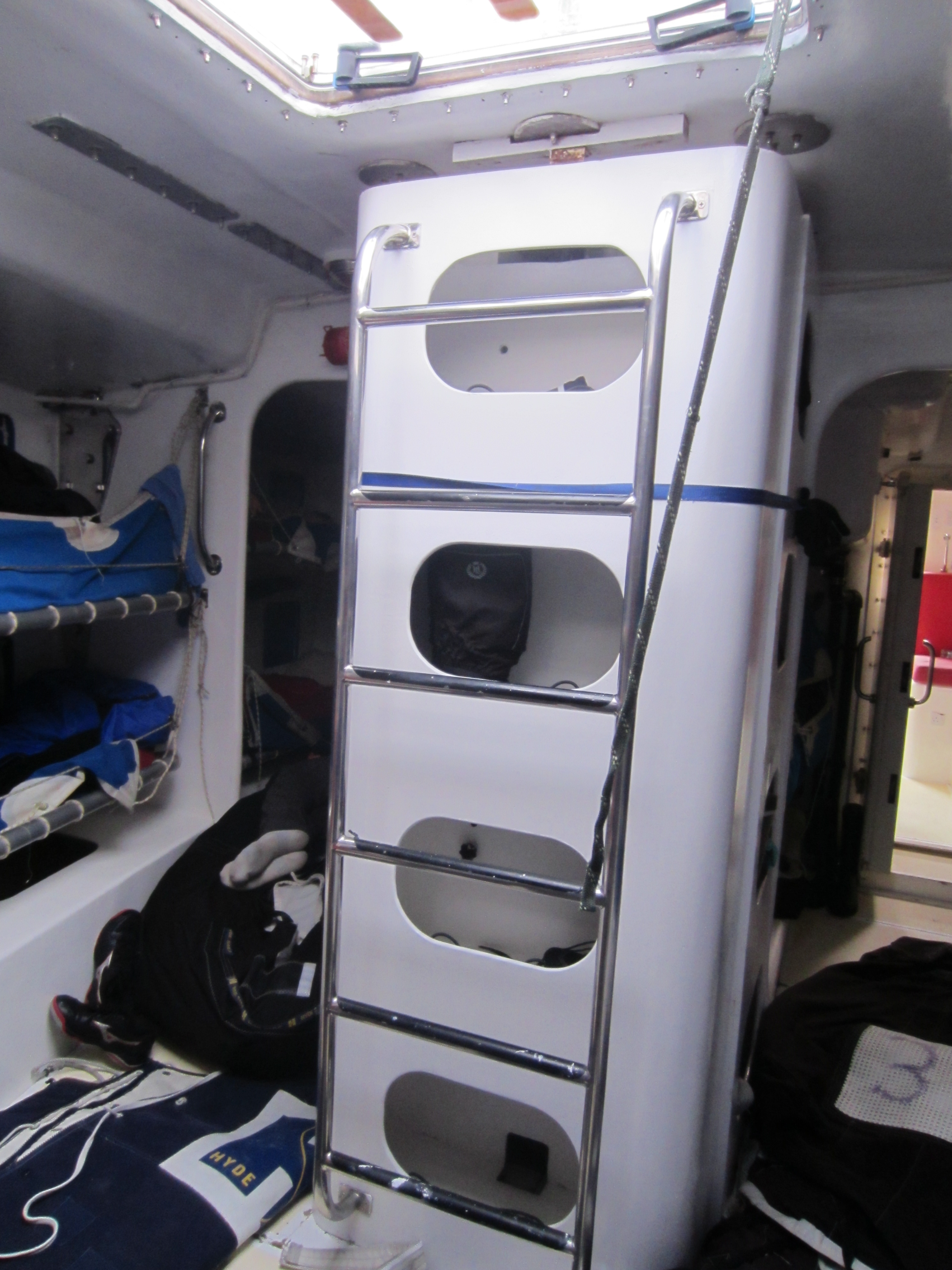 Below decks, above the bilges

The bilges, well, the bilges are the bottom of the boat – below the deckboards and they get water in them. Apart from needing to empty them, you need to keep an eye on the level to make sure there’s not suddenly more water than expected and that the water is just water – not seawater and not diesel or oil as well. Emptying them involves moving the sails, raising the deckboards and then a balancing act with a stirrup pump, bucket and dirty water. Necessary but not a pleasant task.

How did I get out of this task when I was deckhand? Volunteered to clean the heads!

Others apparently thought cleaning the toilets was worse than emptying the bilges so I encountered no objections. 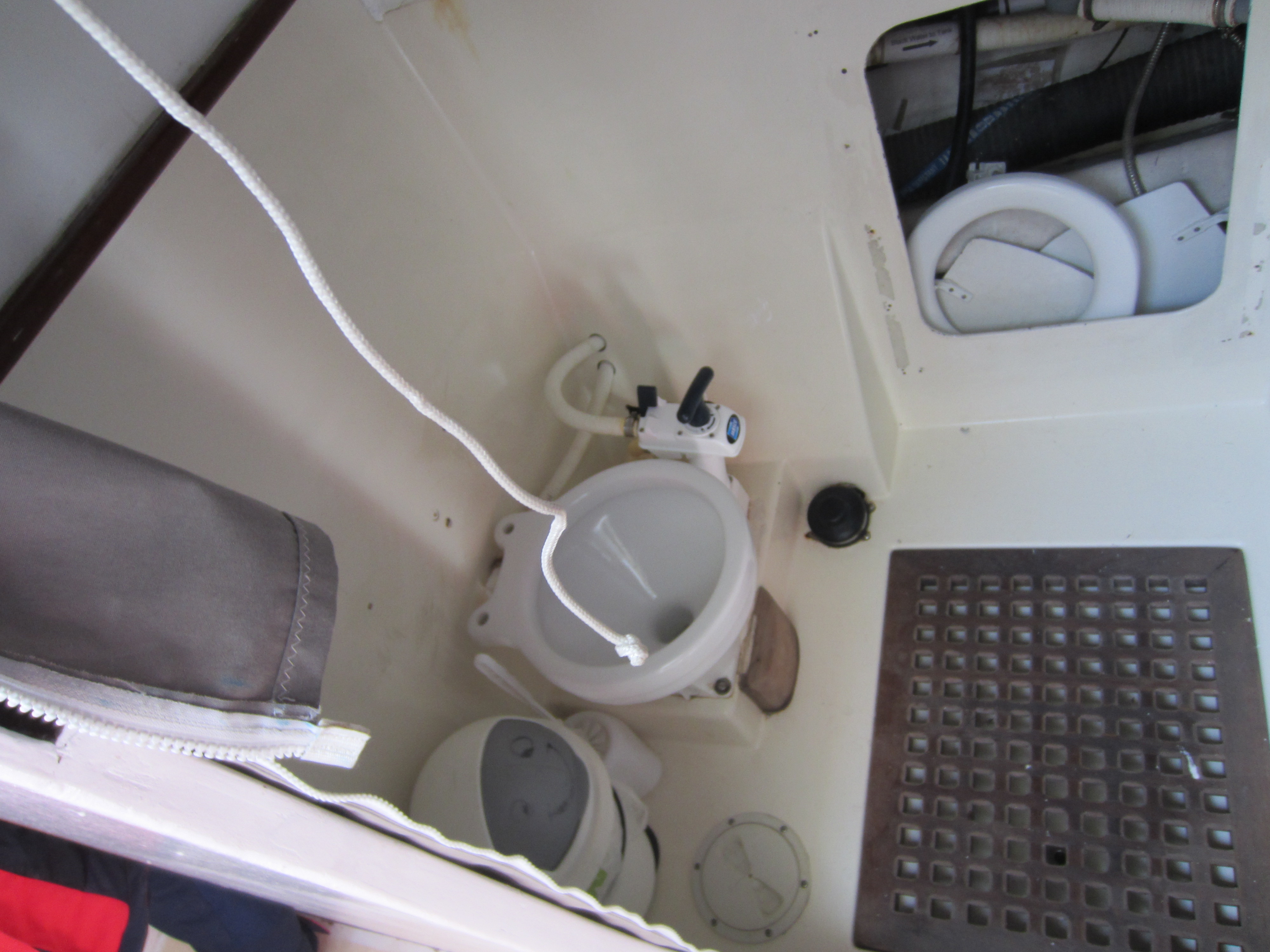 One of the heads