After our offshore period, for our last day at sea our training skippers had it in mind that we could do some racing against each other. They didn’t let the mere fact that the day dawned without any wind put them off that idea. 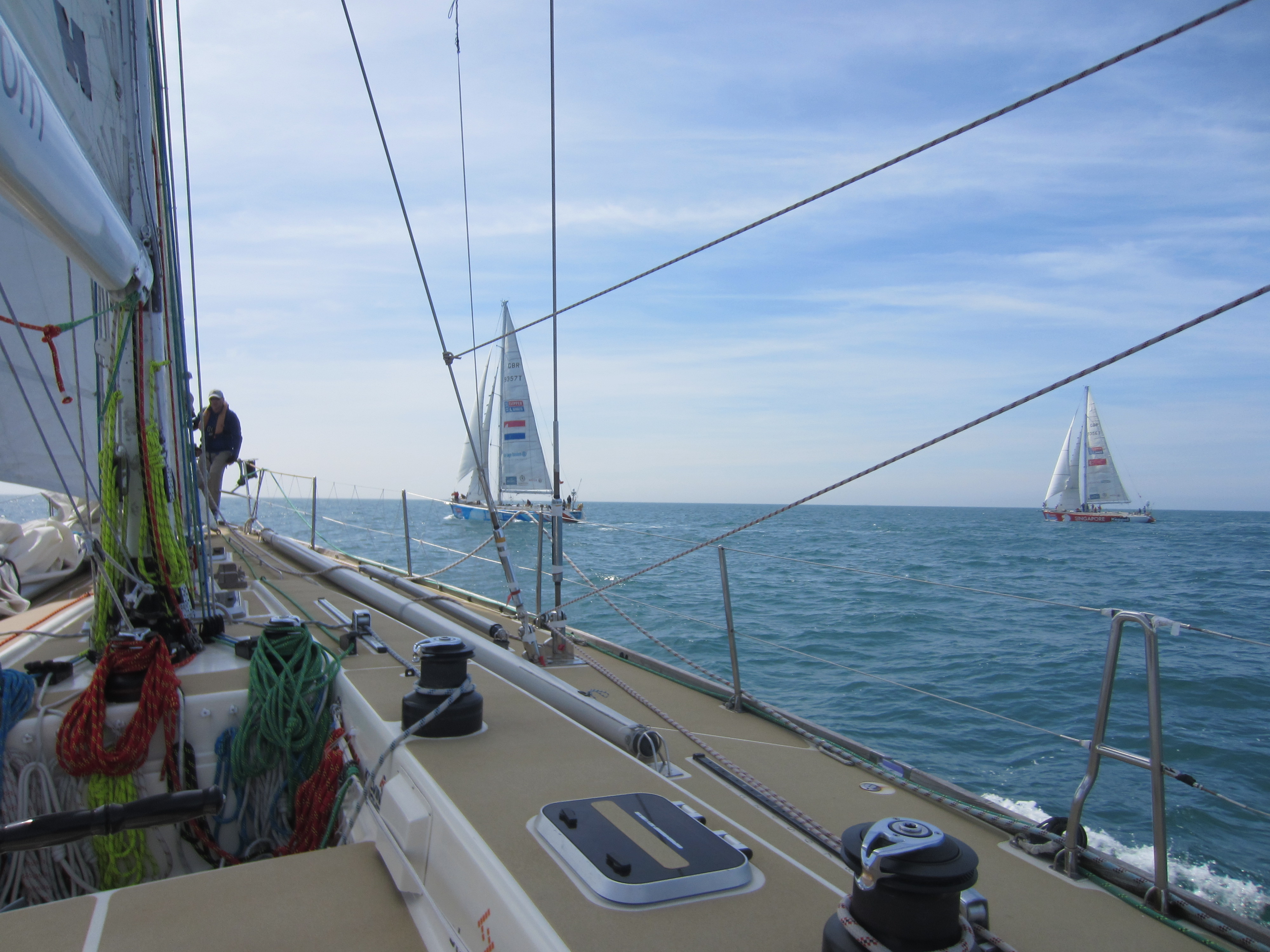 We motored out of Portland Marina then spent the morning doing some of the sailing evolutions – see below. Which of the crews could do them the fastest:

The wind had picked up a little by the afternoon, and being the only boat of the three with a spinnaker, we peeled off from the others. Then we sailed round the south of the Isle of Wight so that we could play with it. 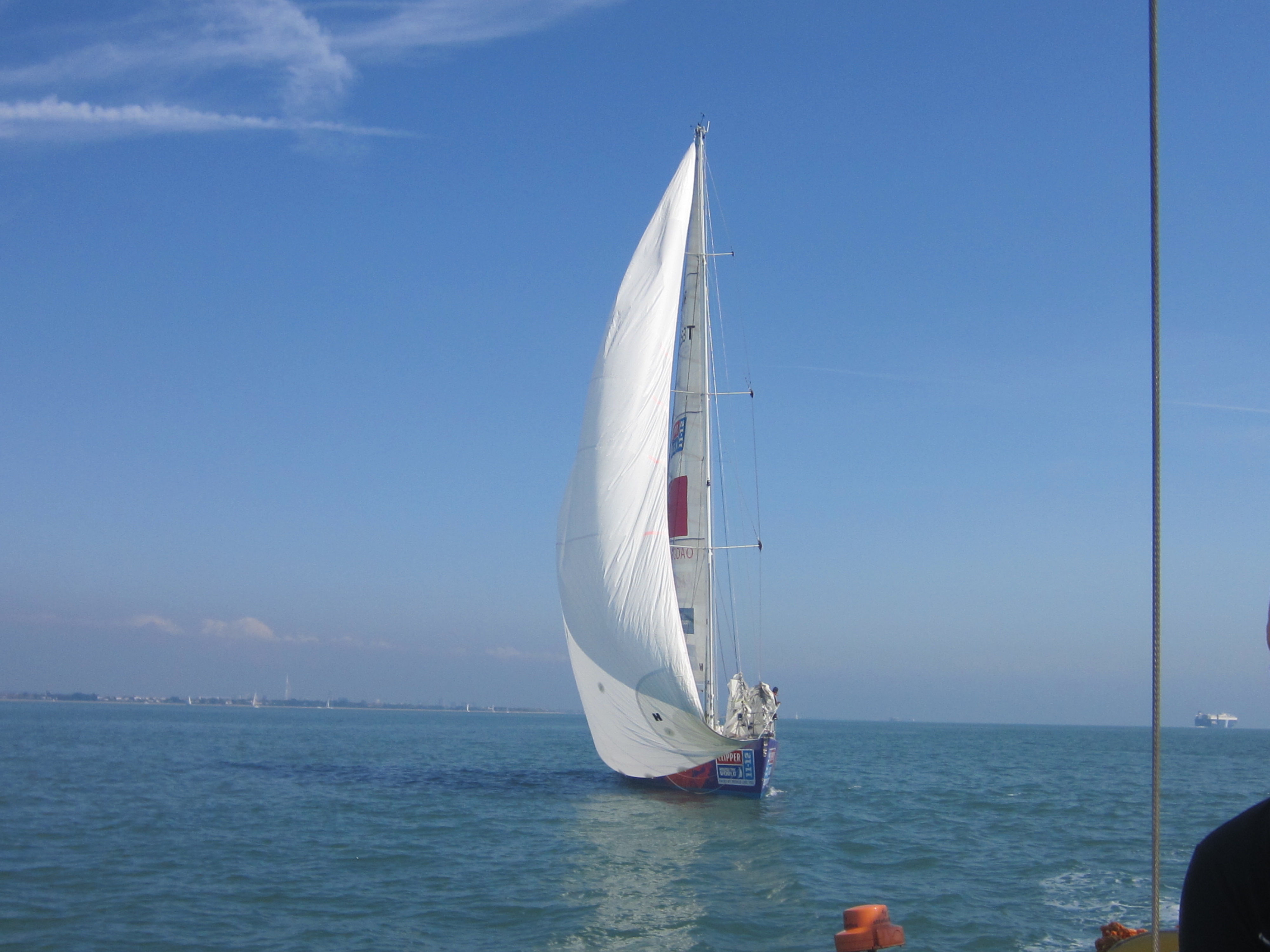 Qingdao flying a spinnaker, taken on another course