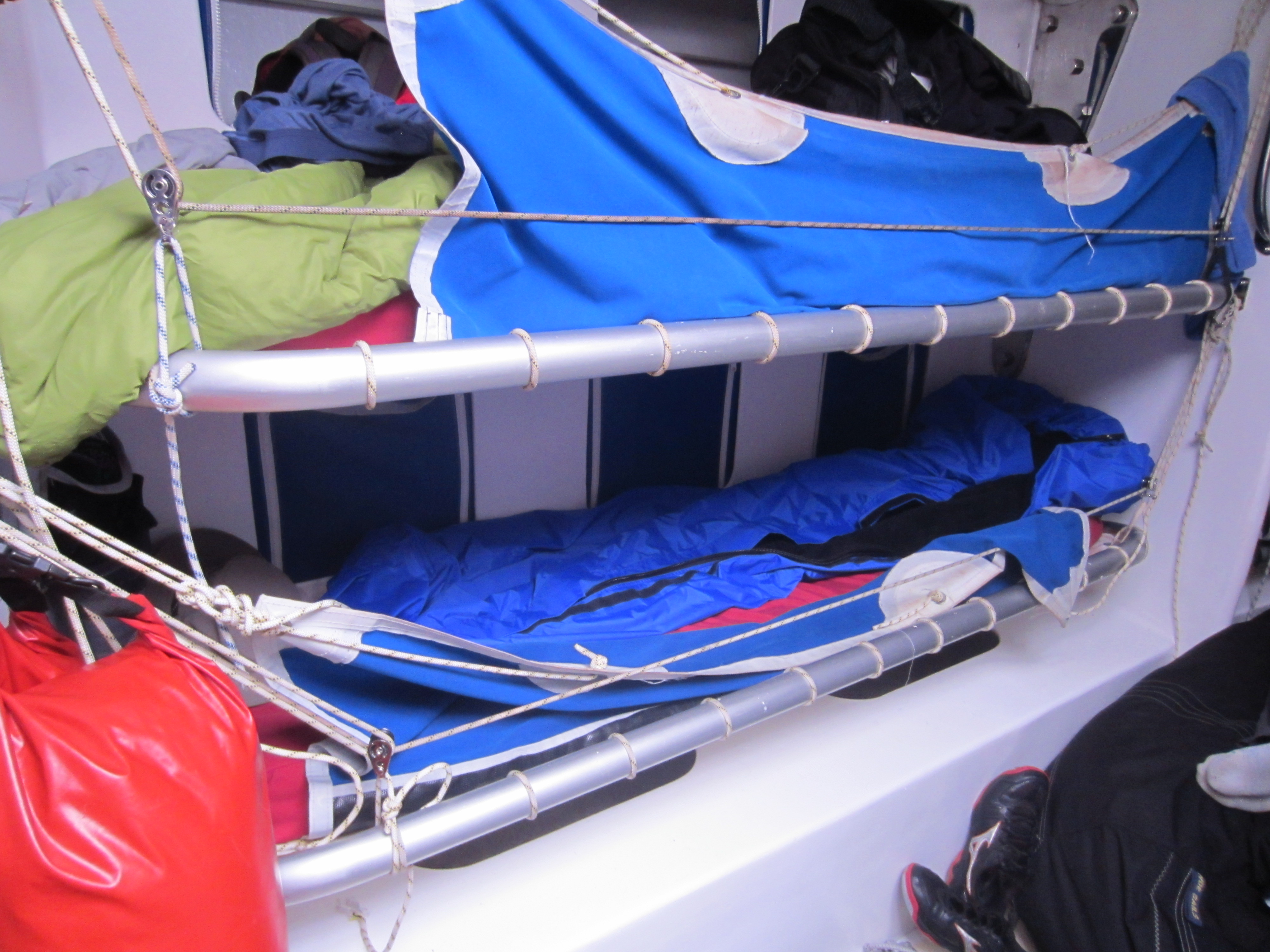 Each of us sleeps in a bunk. It has a mattress and enough space for you and your sleeping bag. And in port or under engine power, it’s horizontal. But we will be sailing. When under sail, the boat and therefore your bunk will be at an angle. So it has a “leecloth” which can, and should, be rigged before you go to sleep to prevent you falling out when the boat tacks in the night. But there is also a block and tackle system to allow you to change the pitch of the bunk – so that it can be horizontal even when sailing.

On the Clipper 68 yachts New York and Geraldton, on which I have done previous training courses, these could be adjusted from inside the bunk, ie even when you are lying on it. Quite good as it means you don’t have to wedge yourself in while adjusting it from outside, or guess the angle you want. By contrast, on Qingdao last week I tried this. I wasn’t strong enough to do it so ended up with the guesswork, got it wrong, climbed out of the bunk again to redo then settled down to sleep for the duration of the watch. I had laid out all the layers of clothes I had just removed after the previous watch which finished at midnight, at the end of the bunk ready to don them for the watch starting at 4am. I was a little concerned that they were not far enough behind the leecloth and were going to fall out.

So when there was an almighty bang I assumed it was my clothes or boots. No. It was Dave. Just as I had, he had tried to adjust the block while in the bunk. But he is bigger and stronger than me and so had some success. However instead of adjusting it, he had pulled the block out of the wall. The bunk collapsed. He fell out – from the upper of the two bunks.

So, at least I wasn’t strong enough for that!

By the way he was ok, just hurt his hand which improved over the week, and there was a spare bunk for him to sleep in.