We spent one night at anchor, in Studland Bay just outside Poole. While at anchor someone has to be up on watch, mainly to make sure that we don’t crash into anything – yes it’s possible if the anchor has stopped holding the boat to the seabed for any reason.

At random, our skipper allocated us two hours each, overlapping and offset by an hour so that there were always two people on this anchor watch and both weren’t changing watch at the same time.

I landed a cushy number – from 6am – 8am, which would have given me an unbroken night’s sleep. But it was also good for swapping.

Why did I want to swap? Because I wanted to see the sun rise! And it was midsummer, so it rose pretty early!

After grabbing the almanac and finding the right page, I worked out that sunrise was at 0508, give or take 10 minutes! So I went to negotiate with Nico who had the watch starting at 4 am.

We swapped, the sun rose, I watched it.

I discovered that if you are relying on lights to take bearings so that your position can be fixed, they may get turned off during daylight hours. In fact on one anchor watch in Stoke’s Bay on a different course, the light on the church spire we were using got turned off at 2am – probably an energy saving measure. If this happens you may need to find an alternative – Old Harry Rock is not going to get turned off! 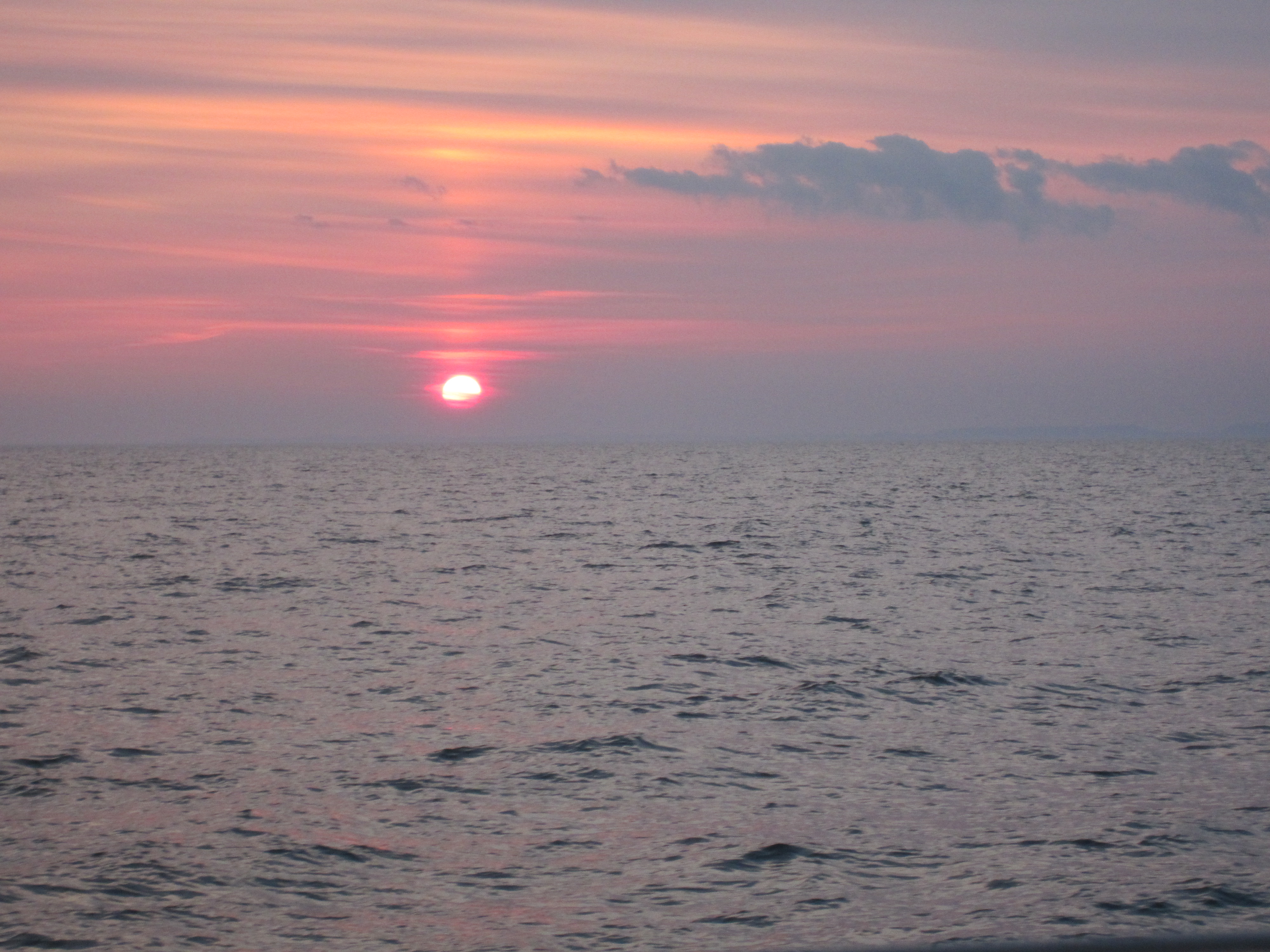 Sunset, the day I watched the sunrise