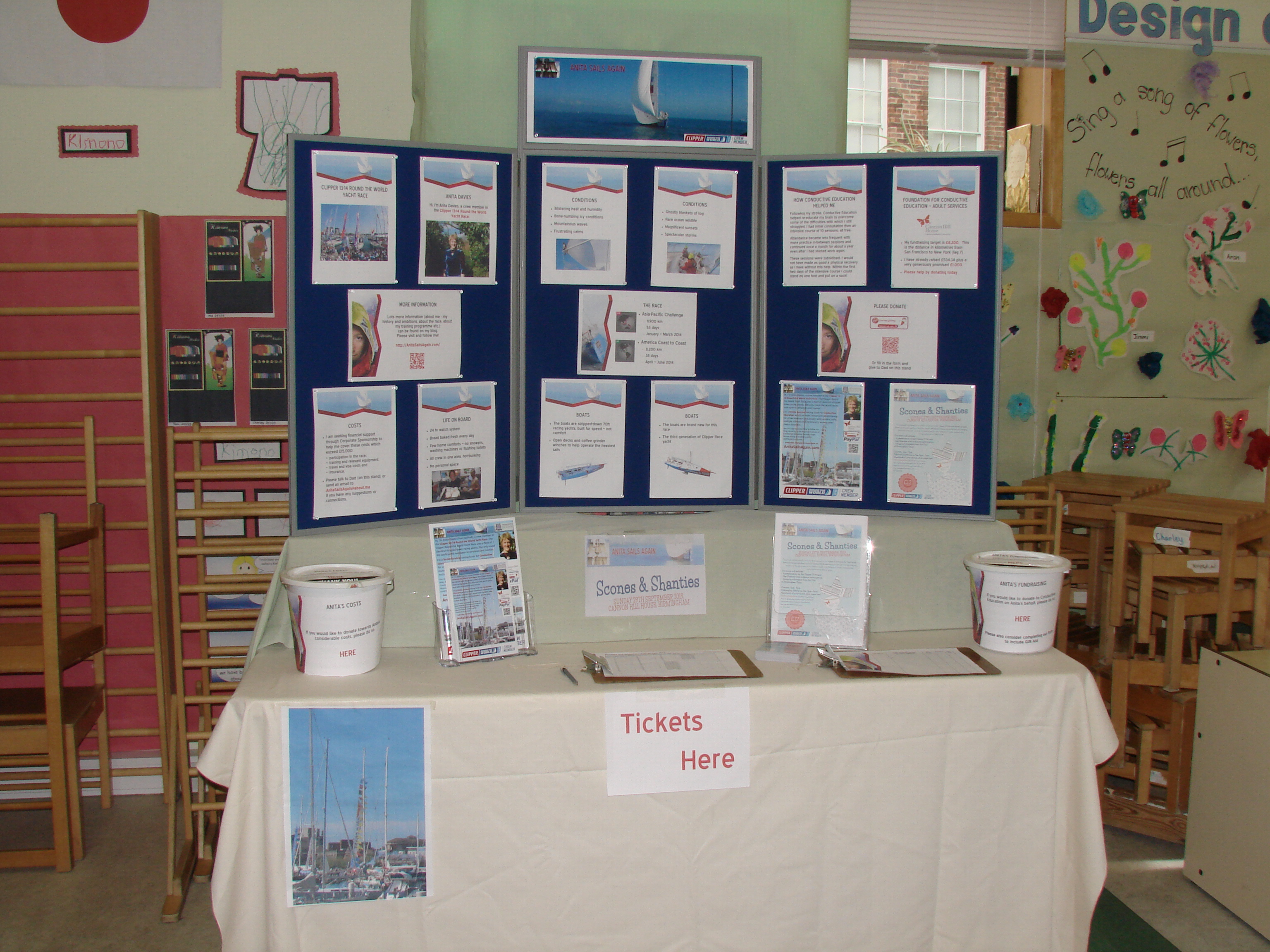 Open House was held at Conductive Education on Saturday 29th June.  We had several aims:

Ray was there bright and early (for a Saturday). 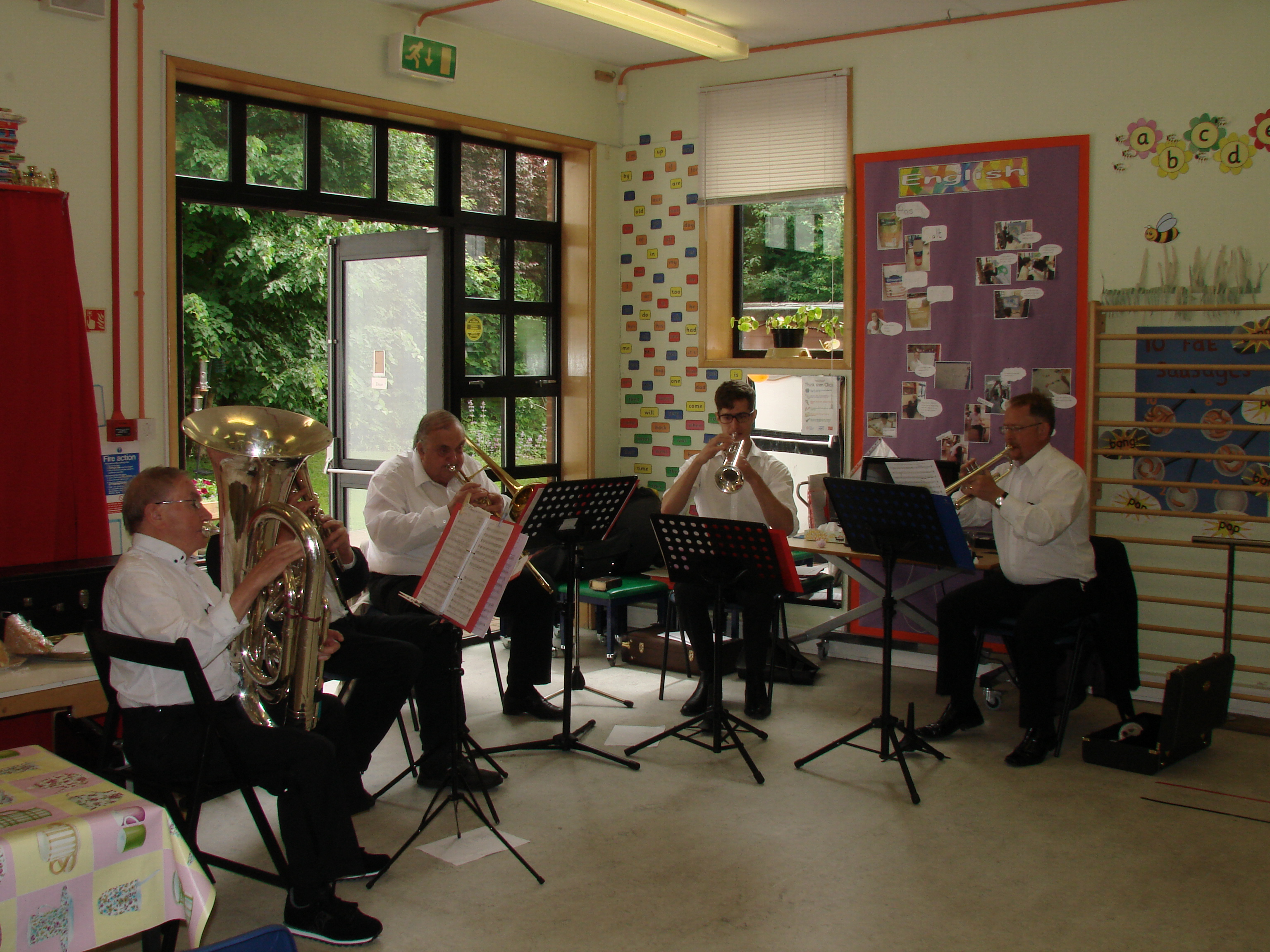 It was a lovely day. bright and sunny.  Conductive Education was slightly surprised that there were fewer people than expected.  However, there was considerable interest in Anita’s stand.  Entertainment was provided by Bournville Brass.

Several people had already heard about Anita’s challenge and wanted to know more so that was great.  Ray tended to approach everyone who entered the room and ask them if they would like to find out more. Unfortunately, no-one actually bought tickets for the Scones & Shanties concert but there was great interest with lots of flyers distributed.  People felt that the end of September was too early to make a commitment but promised to attend if at all possible.

There were two collection buckets on the table as well:

It ALL helps so thank you to EVERYONE who added to our buckets!!