Anita invited us to stay with her for the long June bank holiday weekend.  What horrible weather!  We were surprised when Anita suggested that we go to Tower Bridge on the day of the Royal Pageant.  We didn’t expect to see much but did hope to catch a glimpse of some of the boats and of the Queen and the Duke of Edinburgh. 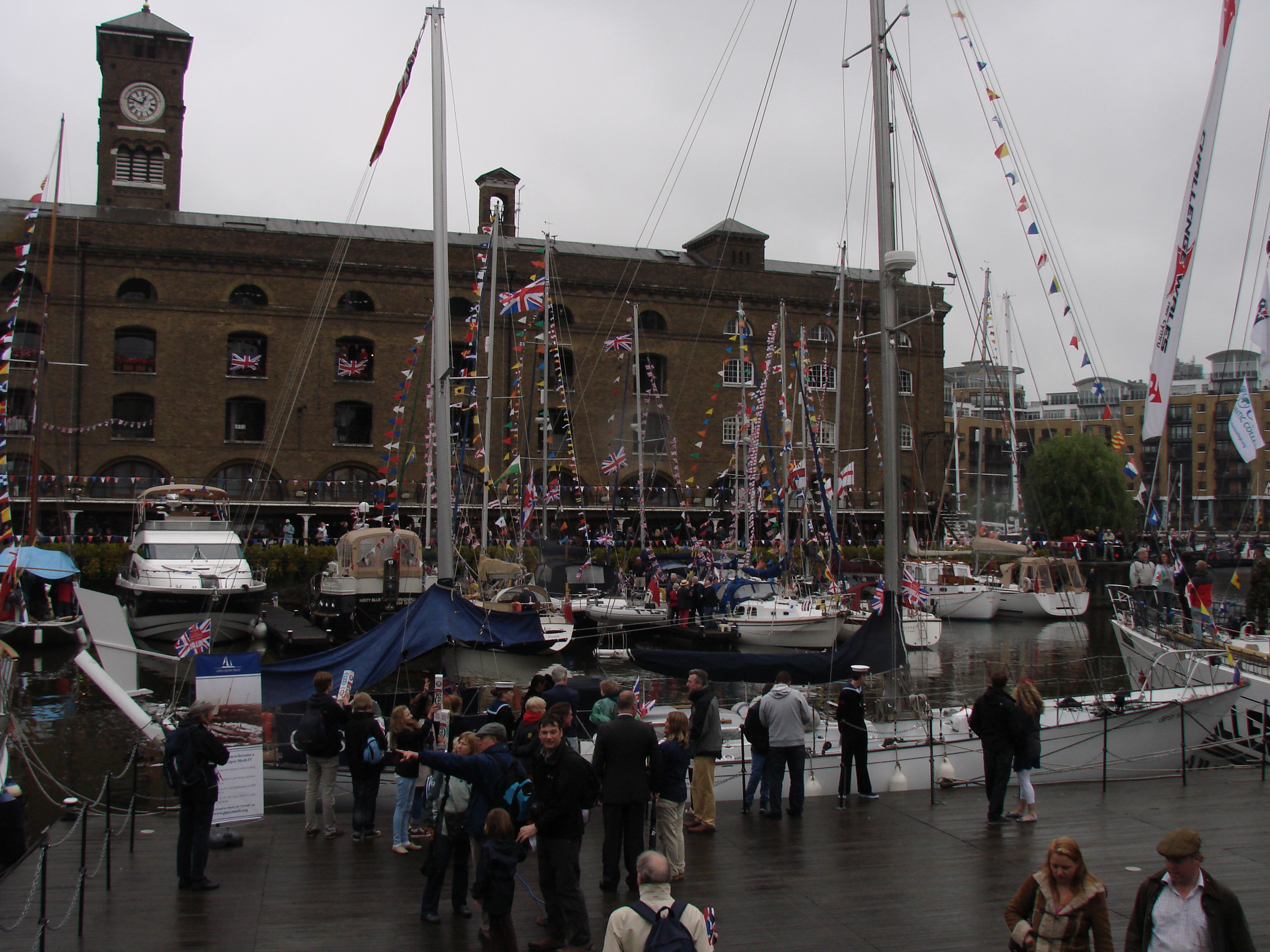 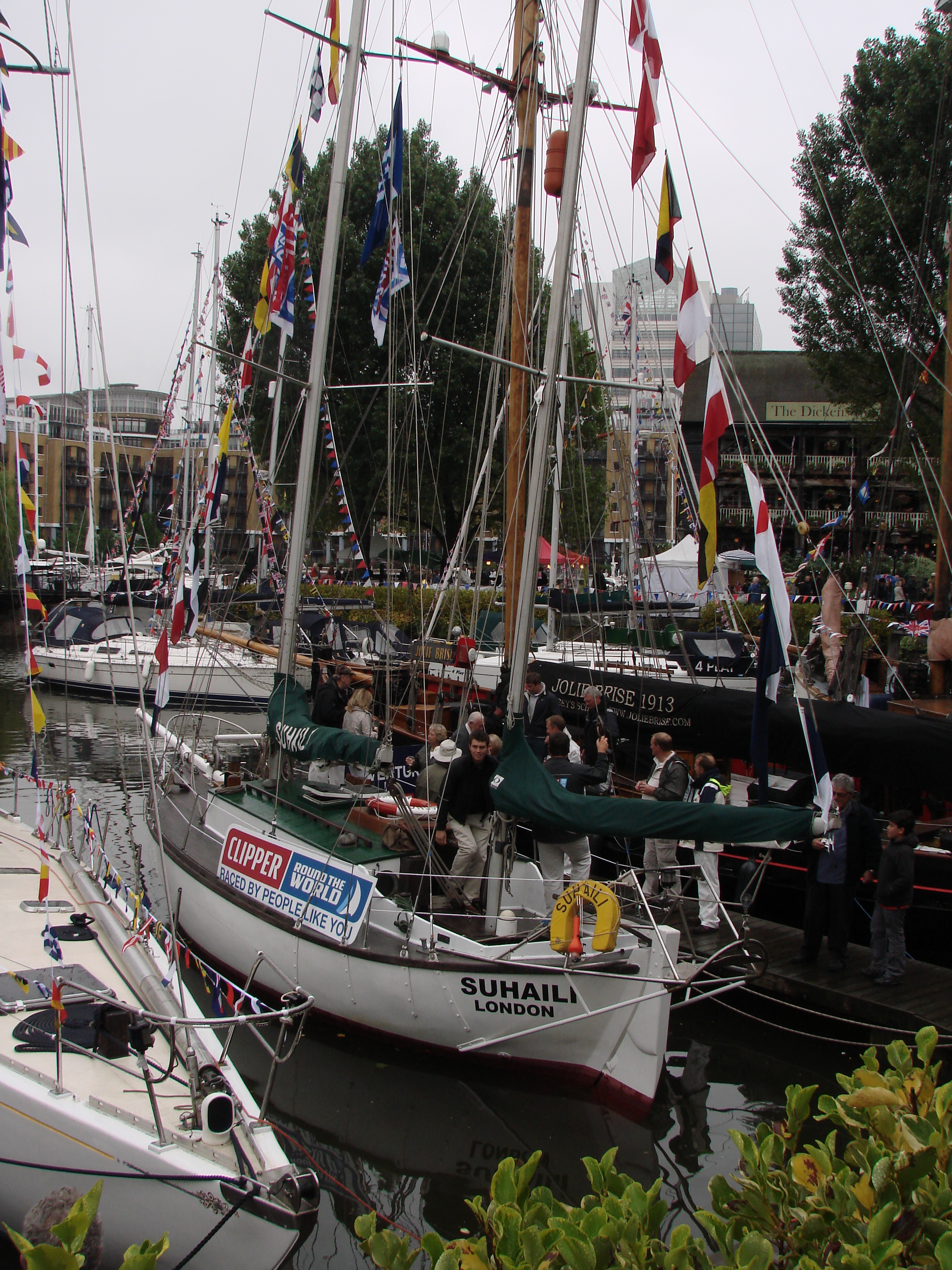 Anita had other ideas!!  We should have known better of course!  St. Katharine’s Dock was full of sailing boats!!  We made our way slowly to Gypsy Moth IV, Sir Francis Chichester’s boat and we had a guided tour.  Then, joy!!  We saw Suhaili, Sir Robin Knox-Johnston’s boat.

Anita had already applied, and been accepted for Clipper 13-14, subject to the completion of the training.  She could see Sir Robin in the distance and then, to our surprise, he agreed to talk to us,  Anita’s eyes were nearly popping out of her head, she was so excited.  Sir Robin could see that, as parents, we were a little apprehensive about the whole venture.  He spent quite some time talking about safety and training and we began to relax and have confidence in the whole idea.  He even allowed us to take some photos!

I ought to add that we DID manage to see the pageant (on a large screen), the last few of the boats (actually on the river) and the Queen through binoculars!

Since then, Anita has blossomed and talks of almost nothing but Clipper.

Flotilla on the River